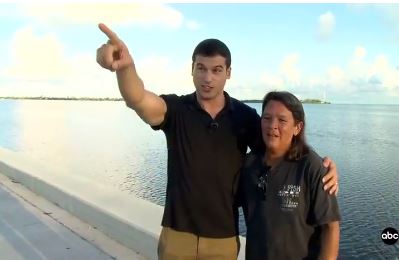 ABC News correspondent Gio Benitez grew up in Miaimi, travelling often to the Florida Keys. Now he’s back, covering approaching monster Hurricane Irma. After working in local news in Miami, he’s covered his share of storms there. But he says residents there are taking extra precautions with Irma.

One of those residents is his Aunt Joli who lives in Key West and will ride out the storm with her father, Gio’s grandfather. He caught up with her this morning along the north side of Key West near the only bridge off the island.