NEXT:Gayle King Recalls a Funny Childhood Story About 'Uncle Marty'
PREVIOUS:Linda Vester on Tom Brokaw: 'My Memory of Those Incidents Is Crystal Clear' 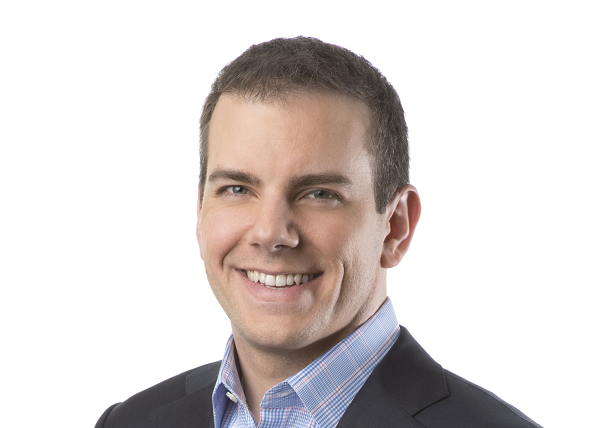 ABC News is making a concerted effort to built up its digital operation, and the network’s move to promote one of its digital executives is a strong example of that.

Colby Smith has been promoted to svp, content and partnerships for ABC News. In this role, Smith will continue to oversee the development of ABC News content across a variety of platforms, but he’ll also identify and develop original programming opportunities for ABC News on non-linear platforms.

Good Morning America ep Michael Corn recently spoke to us about the GMA’s efforts to beef up its digital presence because news viewers are increasingly consuming digital-only news content. “Our digital content will no longer only be a tease,” Corn told TVNewser in April. “It will be more fulfilling and that’s different from the old way of doing things and it’s really good for our brand.”

I’m delighted to share that Colby Smith has been promoted to SVP, Content & Partnerships for ABC News. In this vital role he will continue to oversee the development of ABC News across all our emerging platforms from editorial, product and audience development to partnerships, distribution and marketing. In addition, Colby will work across the organization to identify and develop original programming opportunities for non-linear platforms and new digital video services.

These are exciting times for the growth of ABC News. Under Colby’s leadership, just a few weeks ago we launched “Good Morning America” into a new digital era, announced a new partnership with Roku to deliver live news 24/7 with ABC News Live and joined forces with FiveThirtyEight to supercharge our political coverage. And next week we will broaden ABC News’ reach with the launch of the ABC News app on Amazon Fire TV and introduce users to Augmented Reality in our iOS app.

Since Colby began leading our digital business more than three years ago, ABC News has retooled its distribution strategy and revamped its suite of products to grow reach, engagement, and monetization to unprecedented levels here in the United States and around the world. He has a journalist’s storytelling instincts, first honed as an EP at KPSP in Palm Desert, married with a great strategic instinct for where news is headed in this moment of profound disruption in media.

Thanks to Colby and his brilliant team’s tireless efforts, ABC News is well positioned to make an even bigger impact in delivering straightforward news that will be seen by more people than ever before.

I’m excited to see the work of ABC News proudly shown on even more screens, platforms and digital formats in the months ahead.

Please join me in congratulating Colby.