NEXT:Alisyn Camerota Says It Would Be Easier to Stay Silent About Her Old Employer, But 'When It Just Becomes So Glaringly Hypocritical It's Very Hard, as a Journalist, to Just Sew My Mouth Shut'
PREVIOUS:Scoreboard: Wednesday, Sept. 18 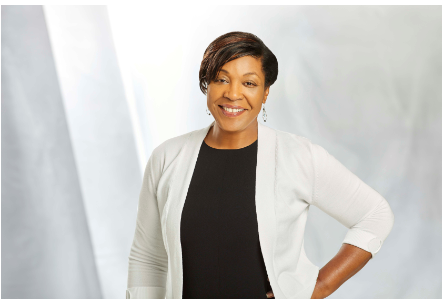 The No. 1 station in the Philadelphia market, WPVI is saying goodbye to Maxine Crooks, an executive producer, 31-year veteran of the ABC O&O, and someone who has mentored numerous anchors, reporters, producers and writers over the years.

Crooks has been promoted to the role of vp of strategy and talent development for ABC Owned TV Stations, effective Monday.

She will report to ABC News talent development chief Barbara Fedida and ABC Owned TV Stations president Wendy McMahon, and will be based in New York for the new gig.

“In this new role she will work closely with Wendy, the OTV station GMs and our Talent Acquisition and Talent Development team,” Fedida said in a statement. “She’ll help build on our recruiting pipeline for the OTV stations, create and enhance development programs and establish diversity and inclusion strategies for on and off-air talent.”

During her time at WPVI, Crooks led coverage of some of the biggest stories in the region, including the 2017 NFL Draft in Philadelphia, election night 2016 at the Clinton Campaign headquarters in New York and Pope Francis’ visit in 2015. Additionally, she has led many telethons and televised phone bank fundraisers, including for Hurricane Harvey relief in 2017 and a yearly holiday food drive fundraiser starting in 2013.

“We created this position to be more intentional about our talent recruitment and development efforts, to discover and elevate unique voices across our organization both in front of and behind the camera and to collaborate more fully with ABC News to do so,” McMahon added in a statement. “Maxine leads with passion and purpose and I look forward to her taking on this role for our stations.”