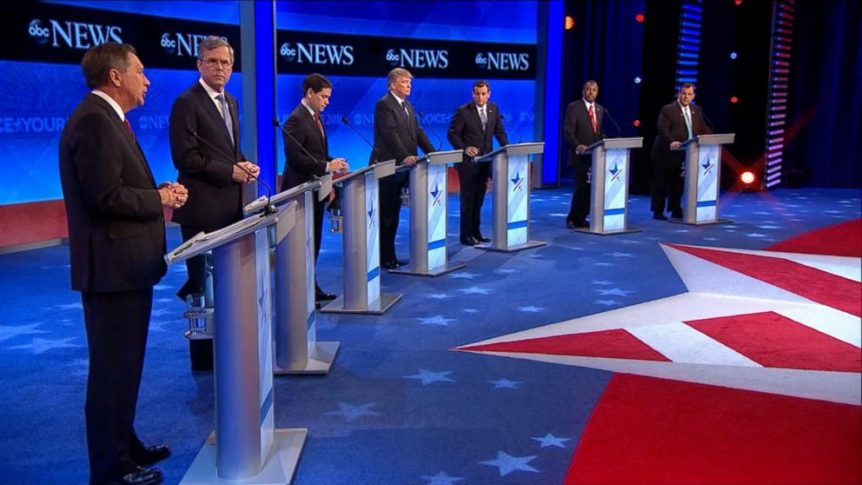 The Democratic National Committee announced this morning that ABC News and Univision will cohost the Democratic Party’s third presidential primary debate of the 2020 cycle.

The debate will take place on Sept. 12 and 13, can be seen on ABC in prime time, live on Univision with a Spanish translation and on ABC News Live. The streaming channel is available on the ABCNews.com website and apps, as well as Hulu Live, The Roku Channel and Facebook Watch.

Details on where exactly these debates are taking place, and who will be moderating them are TBD.

Who will get to participate in these debates? The DNC says it will up the threshold.

Candidates must receive 2% or more support in at least four national polls, or polls conducted in the early-voting states of Iowa, New Hampshire, South Carolina and/or Nevada. Each poll submitted must be publicly released between June 28 and Aug. 28 and be must be sponsored by one or more of the following organizations approved by the DNC: The Associated Press, ABC News, CBS News, CNN, the Des Moines Register, Fox News, Monmouth University, NBC News, The New York Times, National Public Radio, Quinnipiac University, University of New Hampshire, The Wall Street Journal, USA Today, the Washington Post, and Winthrop University.

The DNC is capping the total number of candidates that qualify for the debate stage at 20.

NBC News, MSNBC and Telemundo will cohost the first Democratic primary debate, a two-night event in late June that will take place in Miami.

CNN will host the second in late July, a two night event in Detroit.