NEXT:The Weather Channel Will Launch a New Morning Show on Quibi
PREVIOUS:Here Are the Top-Rated Cable News Shows for February 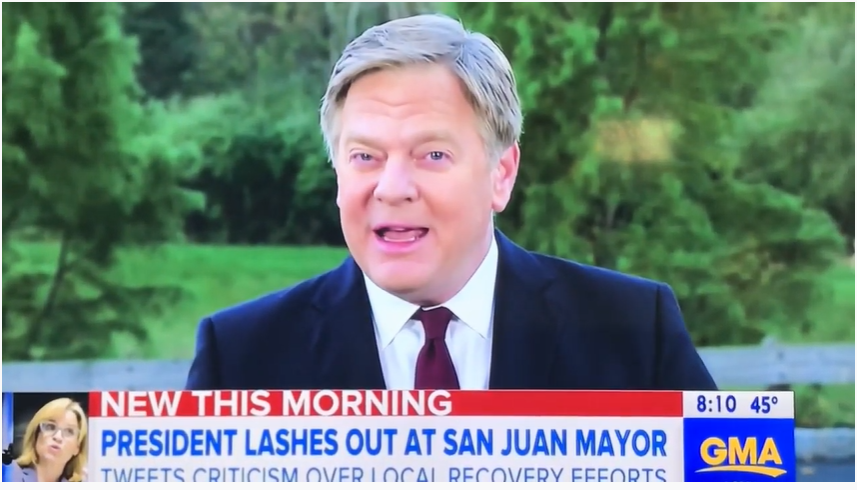 For the second time in less than a month, ABC News has suspended one of its correspondents.

ABC News correspondent David Wright was suspended by the network yesterday evening for remarks he made that ended up in a video created by Project Veritas, the conservative group that records “undercover” footage of journalists and then spreads it to the masses, doing so in order to bolster what it believes is bias in mainstream media.

The footage captures Wright on hidden camera, where he is heard criticizing the network’s political coverage and expressing his own political opinions about President Trump.

Wright was covering the New Hampshire primary for ABC’s Nightline at the time he was being secretly recorded by someone he was having a conversation with, someone purporting to be a documentarian.

“Would you consider yourself a Democrat Socialist?” Wright is asked by the voice.

“Oh yeah. More than that I would consider myself a socialist; like I think there should be national health insurance,” Wright responds. “I’m totally fine with reining in corporations, I think they’re too many billionaires, and I think there’s a wealth gap–that’s a problem.”

Wright compared Trump to a “nightmare spouse” and said he didn’t like him because he’s a “dick.”

He also seems to say that he and other members of the mainstream media were confused by Trump: “We’re in this awkward moment…we have this fucking president, and we can’t figure out how to challenge him.”

“We don’t hold [Trump] to account,” Wright said. “We also don’t give him credit for the things he does do.”

“Like now you can’t watch Good Morning America without there being a Disney princess or a Marvel Avenger appearing,” he’s heard saying. “It’s all self-promotional.”

ABC News provided TVNewser with a statement concerning Wright’s actions and the suspension: “Any action that damages our reputation for fairness and impartiality or gives the appearance of compromising it harms ABC News and the individuals involved.  David Wright has been suspended, and to avoid any possible appearance of bias, he will be reassigned away from political coverage when he returns.”

The duration of Wright’s suspension is unknown.

Wright isn’t some junior level correspondent. As Farhi notes, he has covered the White House for ABC News and was Nightline’s lead political reporter for the 2016 presidential campaign. He shared a 2004 Emmy Award for his reporting from Iraq and shared a Peabody Award for reporting in Afghanistan after the 9/11 attacks. He frequently reports for all ABC News programming.
Project Veritas says the release of this audio “is the second phase of Project Veritas’ ongoing investigation into ABC News.”
The “first phase” took place in November of last year when the group released undercover video and audio of the 20/20 anchor Amy Robach alleging that ABC News spiked a bombshell report on the late billionaire financier and pedophile Jeffrey Epstein more than 3 years earlier.