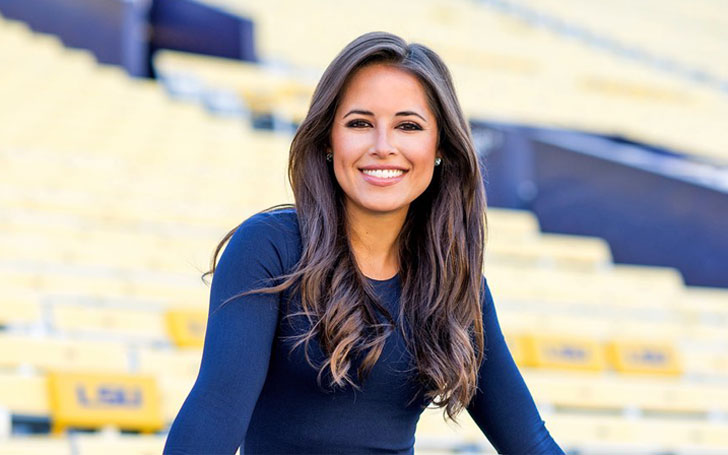 Hartung, who starts her new gig today, comes to ABC from CNN, where she was an Atlanta-based correspondent and reported on events including Charlottesville, the 2018 Georgia gubernatorial race and the controversial 2017 Alabama Senate special election. She also reported on major weather events, including Hurricane Florence, Hurricane Harvey, Hurricane Irma and wildfires in Malibu and Paradise, CA.

Hartung is no stranger to Disney. Prior to joining CNN in April 2017, she was an ESPN sideline reporter, based in Baton Rouge, primarily covering SEC college football and college basketball.

Before moving into sports news, the LSU grad got her start in TV news more than a decade ago as Bob Schieffer‘s assistant, and became an associate producer for Face the Nation while reporting for CBSNews.com from the D.C. bureau.

Kaylee joins us from CNN, where she was a correspondent based in Atlanta.

She is a versatile and skilled journalist. Kaylee reported from the streets of Charlottesville when a white nationalist plowed through a crowd and killed Heather Heyer and returned a year later to interview her mother about the aftermath of the tragic events. She covered the developments of the 2018 Georgia gubernatorial race and the 2017 United States Senate special election in Alabama, interviewed the grieving survivors of the Parkland and Sutherland Springs shootings and reported on extreme weather events including Hurricane Florence, Hurricane Harvey, Hurricane Irma and wildfires in Malibu and Paradise, CA.

Prior to joining CNN two years ago, Kaylee was an Emmy award-winning reporter for ESPN, covering marquee college sporting events such as the College Football Playoff, the men’s College World Series and the men’s and women’s NCAA basketball tournaments. She got her start in news working for Bob Schieffer at Face the Nation where she worked on his team covering the 2008 presidential election.

In her spare time the Louisiana native can be found cheering on the LSU tigers, traveling or reminiscing on her former side job as a backup singer in Schieffer’s country music band.

Please join me in welcoming Kaylee back into the Disney family.