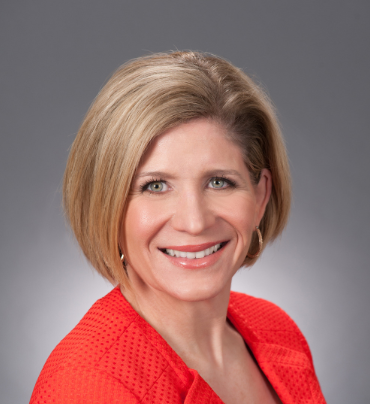 ABC has made an interim leader a permanent leader.

In the role, Philips Deshishku will lead ABC News’ terrestrial radio serving over 1,650 stations nationwide to podcasts and digital audio. She has led the division on an interim basis since April, and will move from Washington to New York full time.

Philips Deshishku joined ABC News in October 2014 from CNN. She covered the 2000 presidential election as  CNN’s manager of political coverage and later was head of CNN’s White House unit. She led CNN’s breaking news coverage for many years, including the network’s Peabody Award-winning coverage of Hurricane Katrina.

Washington D.C. bureau chief Jonathan Greenberger will continue to run the bureau as the network begins the search for Phillips Deshishku’s replacement in the near future.

I am pleased to announce some exciting news.

Stacia Philips Deshishku has been promoted to Vice President and General Manager of ABC Radio and will oversee all of our audio businesses, from traditional terrestrial radio serving over 1,650 stations nationwide to podcasts and digital audio.

In April we asked Stacia to be the interim leader of the radio division. She dove in immediately and quickly demonstrated the same steadfast leadership and journalistic smarts the Washington team has come to rely on during her tenure as deputy bureau chief for the last five years.

Although I know she will be missed greatly in Washington, we are thrilled to have her join us in New York full time.

Stacia is a terrific mentor, providing wise and candid counsel to all, including me. She helped successfully transform the Washington bureau and was instrumental in ensuring it maintained its competitive edge and high standards in this non-stop news cycle.

Throughout her impressive career Stacia reported on big stories and events at home and around the world. She covered the White House extensively, during the 2000 election was CNN’s Manager of Political Coverage and later was head of CNN’s White House unit. Stacia led CNN’s breaking news coverage for many years, including the network’s Peabody Award-winning coverage of Hurricane Katrina.

As Vice President and General Manager, Stacia will be integral in leading ABC News to even greater success and growth in this exciting time for the audio industry. I’m incredibly proud of the team’s success and its well-earned reputation for outstanding breaking news coverage and its top podcasts, including The Dropout, which ranked in the top 10 for over two months, and Start Here. I can’t wait to see where they’ll go next.

We’ll post the role for a new Washington Deputy Bureau Chief shortly. In the meantime, the team is in great hands with Jonathan Greenberger and the terrific leadership team in D.C.

Please join me in congratulating Stacia on her new role.