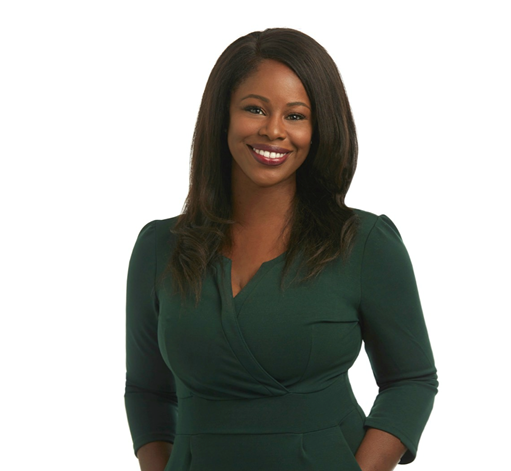 “Since joining ABC News in 2019, Averi has crisscrossed the country, covering virtually every presidential candidate during the past cycle, including Sen. Bernie Sanders, Sen. Kirsten Gillibrand, Sen. Cory Booker, Mayor Bill de Blasio and Rep. Tim Ryan during the Democratic primaries,” Greenberger said in a memo sent to staff. “During the general election, she reported on the Biden/Harris campaign, with a focus on the historic nomination and election of then-Sen. Kamala Harris. Averi was one of a handful of reporters in the room when Harris accepted her nomination at the mostly virtual DNC convention.”

Harper has also reported on the racial disparities of the pandemic over the past year. She was part of the team that produced the prime time special, Pandemic: A Nation Divided, and she also developed ABC News’ poll that revealed Black and Latino individuals were three times more likely to know someone who died of Covid-19 than their white counterparts. Following George Floyd’s death, Harper reported from Houston for Floyd’s funeral, and later contributed to ABC News’ historic primetime special, Juneteenth: A Celebration of Overcoming.

Before joining ABC News, Harper had a successful on-air career, most recently at News 12 in New York. There she hosted and co-produced a magazine show for News 12 New York, Diverse Long Island, which covered topics such as racial disparities in maternal mortality rates, immigration policy, and land rights for Native American tribes on Long Island’s East End.

Harper also worked as a reporter for KRON in the San Francisco Bay Area and at ABC affiliate WCTI in Greenville, N.C.

The political director of ABC News is Rick Klein.