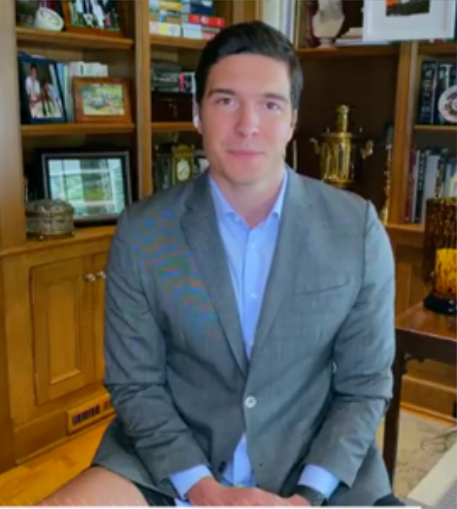 ABC correspondent Will Reeve was caught with his pants down this morning. Literally.

During the 8 a.m. hour of Good Morning America, the ABC Newser appeared on camera from home to deliver a report about pharmacies working to deliver prescriptions to a Florida retirement home via drone. Toward the end of his appearance, Reeve threw back to co-hosts Michael Strahan and Amy Robach.

Fast forward to 1:15 in, and you can see Reeve reporting on camera … in his boxers:

It’s one thing for keyboard warriors to work in comfortable attire. Boxers, even. However, if you’re going to be on camera, you should at least throw on some jeans.

If he hasn’t already, Reeve should start reading our #AskNewsers feature! His fellow TV newsers have been providing tips on best practices of working from home, and there’s undoubtedly something in there about wearing pants.

Reeve was a good sport about it, though his producers probably weren’t quite as pleased. Oh well.

*in the most hilariously mortifying way possible https://t.co/2NQ85QEJVr