NEXT:Fox News Is the No. 1 Network for 2020 Election Night Coverage
PREVIOUS:ABC Shows Voters in Georgia, the Country, During Report About Voting in Georgia, the U.S. State 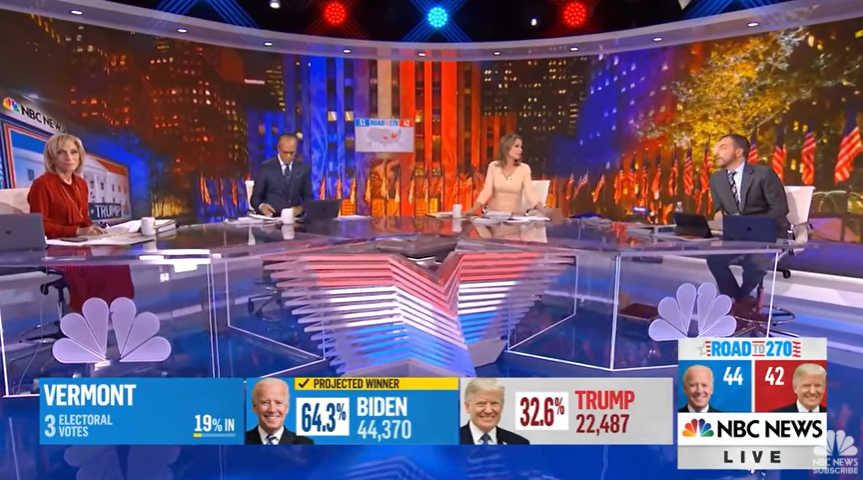 Affiliates on the East Coast will have the option of airing the special as well from 7-8 p.m.  For Pacific Time, local coverage will air from 8-9 p.m., The Wall from 9-10 p.m. and Dateline NBC from 10-11 p.m. The season finale of American Ninja Warrior, which was scheduled to air tonight, will now air Friday, Nov. 6 from 8-10 p.m.

ABC News correspondents are fanned out across the country reporting from  the states that are still counting votes.

ABC News Live Prime, which airs on ABC’s streaming news service, will be anchored by Davis from 7-10 p.m. ET.

Similar ABC, CBS News will present a one-hour special in the 10 p.m. ET hour: CBS News: 2020 America Decides. Anchored from CBS News’ Election Headquarters in Times Square, the broadcast will feature the latest news on the race for the White House, and be led by CBS Evening News anchor and managing editor Norah O’Donnell and the CBS News election team.