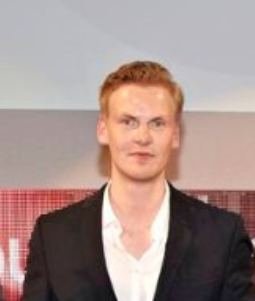 Top German news magazine Der Spiegel has fired one of its most successful journalists after it was discovered that he had made up facts and sources in at least 14 articles he published over a 7-year period.

The German reporter and editor, Claas Relotius, “falsified his articles on a grand scale and even invented characters, deceiving both readers and his colleagues,” Der Spiegel said in an article published Wednesday. “This has been uncovered as a result of tips, internal research and, ultimately, a comprehensive confession by the editor himself.”

The saga started after a colleague working with Relotius on a story in the U.S. last month alerted his superiors at Der Spiegel that he had suspicions about Relotius’ reporting. Der Spiegel says it then carried out an internal investigation. Relotius admitted last week that he invented entire passages for that article, and also made up information in other stories. He resigned on Monday at the request of the magazine.

Relotius apparently wrote almost 60 articles for Der Spiegel, and as a freelance reporter, he wrote for a variety of German-language newspapers and magazines. With that in mind, it’s quite likely that the number of stories he fabricated is actually more than 14.

The articles that consisted of fake news included ones that had won or had been nominated for awards. They included articles about Iraqi children kidnapped by ISIS, a prisoner at Guantánamo, and orphans from Syria who were being forced to work in a Turkish sweat shop.

CNN has tried to explain the situation, and says it stripped Relotius of the awards this morning:

1) He never worked for CNN, never published by CNN.
2) Honored for a piece published by a Swiss magazine – 4+ yrs ago.
3) German award & unique to that market.
4) The award was sponsored by CNN but judged by an independent jury.
5) His award was revoked by that panel this AM.