NEXT:Broadcast Newsers Are Reporting From Pittsburgh In the Aftermath of Synagogue Attack
PREVIOUS:Jim Acosta Asks Sarah Sanders to Name Which Outlets, Journalists Are 'Enemy of the People' 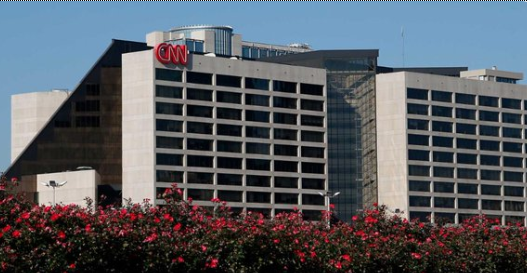 Yet another sketchy package addressed to CNN was discovered earlier today, this one meant for the company’s worldwide HQ in Atlanta.

Thankfully, the package was intercepted at an Atlanta post office before it reached Turner Broadcasting.

CNN Newsroom anchors Jim Sciutto and Poppy Harlow, the duo who reported on the first explosive device that had been sent to the Time Warner Center mailroom last week, reported the news during the 10 a.m. hour; around the same time the fire alarm in their New York offices went off five days ago.

According to Sciutto, it was similar to the others that were sent by Cesar Sayoc.

CNN: Law enforcement officials tell CNN that Cesar Sayoc had “a list of more than 100 people” to whom he intended to send packages.

Officials say he was working through that list; LEOs have been reaching out to everyone on it.

CNN Worldwide chief Jeff Zucker sent out yet another statement updating employees on the status of said package.

Another suspicious package addressed to CNN has been intercepted. This time in Atlanta. All mail is being screened off site. Note from Jeff: pic.twitter.com/I6TXSkoluQ