NEXT:Anderson Cooper: 'If He Took A Dump On His Desk, You Would Defend Him'
PREVIOUS:Anchors Head to the Middle East Covering First Trump Foreign Trip 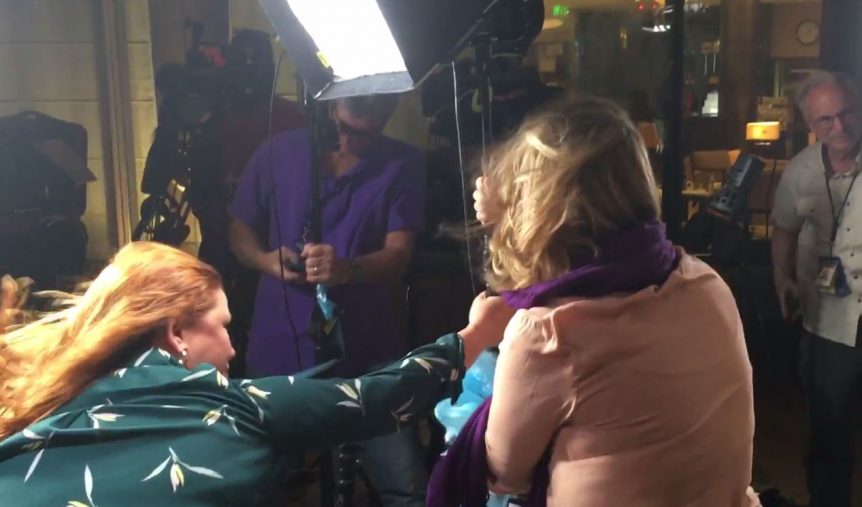 If you watched some cable news Saturday afternoon you likely caught some networks correspondents struggling with live shots during a sandstorm. During the 2 p.m. ET hour, Kelly O’Donnell reported for MSNBC, John Roberts was on Fox News, and Jim Acosta went live for CNN just as a rainstorm blew through

“Were still feeling the effects of the wind and now it’s picking up sand,” said Roberts on Fox News.

As she began her liveshot, O’Donnell explained, “there are about 10 people around me holding everything down.” And that was after O’Donnell and her colleague Hallie Jackson held on to their own lighting gear before she went live.

“The weather team may be familiar with that kind of condition but our White House unit is only accustomed to political storms,” O’Donnell told TVNewser after the experience.

Another look at sand storm that swept through press hotel live locations in Saudi via Josh Gross of CBS https://t.co/d71m6kUB70