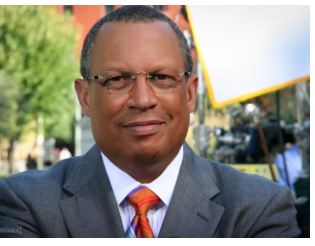 One of the original Fox Newsers, former White House correspondent Wendell Goler has passed away at the age of 70.

Very sad to report that longtime Fox News White House correspondent Wendell Goler has died, at age 70. He was a true professional who did consistently solid and balanced work for Fox. He was also a wonderfully nice man and a good friend. The apparent cause was kidney failure. RIP

So very sad to hear that my former colleague Wendell Goler- who covered the White House for years – has died. Wendell was a consummate pro and a real gentlemen. My sincere condolences to his family #RIP

“Over my 28 years at the White House I’ve covered 5 presidents, talked with 7 and helped the nation say goodbye to 2 of them,” Goler said on his final day. “It’s been a great ride. I believe I enjoyed a golden age of broadcasting during that time, but I’m now a dinosaur and I go to join other dinosaurs.”

I join in your sadness at hearing of Wendell’s death. He was a top flight reporter & writer and a great friend and colleague dating back to our days together at AP Radio. He was also a gentleman and a one of the classiest acts in journalism, which lost a star on his retirement.

Prior to his arrival at the AP, Goler was a reporter at WJLA and WRC in Washington.

UPDATE: Fox News Media chief executive Suzanne Scott released the following statement: “Wendell was a gifted correspondent, a wonderful colleague and a Fox News original whose reporting was respected on both sides of the aisle. We extend our deepest condolences to his wife Marge and his entire family.”