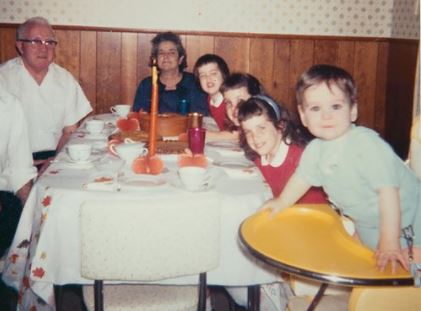 For the 3,700-word story, Hannity traveled back to his hometown–and his old home–in Franklin Square, NY (pictured as a baby with his three sisters, aunt and grandfather). The Fox News host talks about his start in radio and his current unwavering support of Pres. Trump, even at the expense of Hannity’s base of mainstream Republican politics.

Here are 8 things we learned in the profile:

Hannity took a call from Jody May-Chang, the host of a KCSB show called “Gay and Lesbian Perspectives.” Hannity asked if it was true that May-Chang had a child with another woman. It was, May-Chang said. Hannity shot back that he felt sorry for the kid. “I think anyone that believes, anyone listening to this show that believes homosexuality is just a normal lifestyle has been brainwashed,” Hannity concluded.