NEXT:Kendis Gibson to Join MSNBC, Anchor MSNBC Live on Weekends
PREVIOUS:Pres. Trump Announces He Will Give a Prime-Time Address on Tuesday Concerning the U.S.-Mexico Border 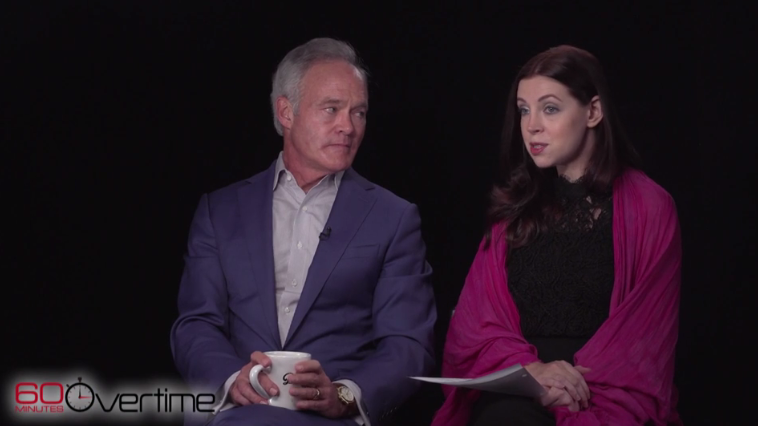 You’ve probably heard by now that the Egyptian government tried to have 60 Minutes kill Scott Pelley‘s interview with Egyptian president Abdel Fattah El-Sisi before it went to air last night.

Pelley asked a number of hard-hitting questions of el-Sisi.

“Mr. President, I’ve spoken to a number of your countrymen who refuse to call you Mr. President because they say you’re a military dictator…” Pelley at one point remarked.

Pelley and his producer on this story, Rachael Morehouse said the Egyptian government “pressured” 60 Minutes not to air the interview after it was complete.

Morehouse: The interview took place at 8 p.m. at the Palace Hotel in New York and by the time I got home, my contact at the embassy sent me an email. It says, “We are formally requesting that the interview not be aired.”

Silvio: Is that a request that you get often at 60 Minutes?

Scott Pelley: I don’t believe I’ve ever received that request before.

Morehouse: I never have before.

According to Morehouse, the Egyptian government wanted Pelley’s questions in writing before the interview even began.

Thankfully, 60 Minutes didn’t (and doesn’t) do that.

“Well, they wanted all of the questions in writing before the interview,” said Morehouse. “I had a back and forth with them, I would say for about a month, saying, “Absolutely not. We can’t do this, this is not the way we work at 60 Minutes.” We understood that he wanted to be on the world stage. He wanted to be a figure up there with the powerful leaders in the Middle East. And so we pitched this to him, that those– powerful leaders come on 60 Minutes.

Pelley expressed surprise that the president seemed unprepared: “How he might have decided to sit down with us and imagine that those questions weren’t going to come up, I– I do not know.”

The 60 Minutes correspondent thought he and the president left the inteview on good terms. Pelley and Morehouse even planned to travel to Egypt to continue with their reporting.

“They looped in their ambassador, the head of the Mukhabarat was involved in this, which is their intelligence agency,” Morehouse said. “Very high-level people were involved and doing everything that they could to try to negotiate with us, so that it was on their terms whether or not we air this interview.”

So will that reporting continue? That remains to be seen.