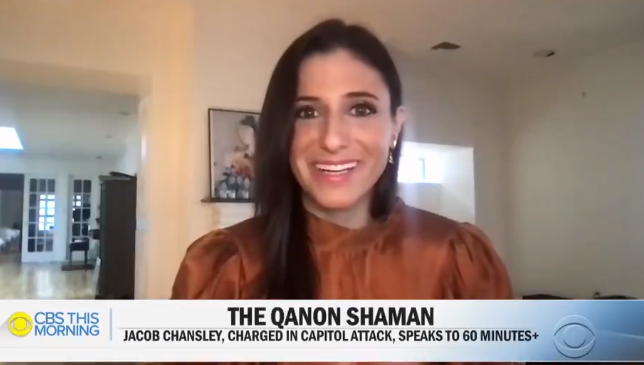 Among the news content appearing on Paramount+ is a new series exclusive to the service named 60 Minutes+, and the first segments launched on the service Thursday.

60 Minutes+ features the same producers and correspondents from 60 in 6, the streaming series for Quibi that ended after that service folded last year. None of the 60 Minutes+ segments on Paramount+ are left over from the Quibi days; all content is being produced specifically for the new streaming service.

One of those segments now streaming on Paramount+ is an interview conducted by 60 Minutes+ correspondent Laurie Segall with Jake Chansley, the “QAnon Shaman,” who the world saw bare-chested and wearing a fur helmet with horns during the Jan. 6 insurrection at the U.S. Capitol.

Chansley denies his actions that day were an attack, and told Segall that he intended to “bring God back into the Senate,” not attack it. He also says though he is disappointed then-President Trump didn’t pardon him, he does not regret his loyalty to him.