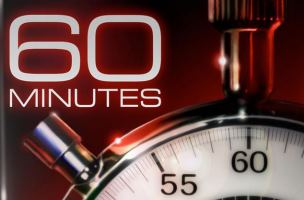 One of TV news’ most celebrated shows, 60 Minutes has faced its share of challenges over the past couple years. The departure of former executive producer Jeff Fager in late 2018 amid sexual harassment and misconduct allegations at CBS was particularly shocking.

But as Deadline’s Dade Hayes notes in a recent interview he conducted with executive producer Bill Owens, the Covid-19 pandemic has presented a totally different set of issues for the broadcast.

New York-based CBS studios have been shut down since mid-March, which transpired because multiple CBS Newsers tested positive for Covid, including 60 Minutes correspondent Lesley Stahl.

However, the show had to go on, both literally and figuratively, and 60 Minutes produced compelling enough content that Sunday 7 p.m. viewership was up from the prior spring.

60 Minutes staffers usually take a breather come Memorial Day, but not in 2020. CBS wants more original shows in prime time, and 60 Minutes has been forced to take one for the team and work overtime. The last two original 60 Minutes broadcasts before September will air June 21 and June 28.

Deadline spoke with Owens about how 60 Minutes has altered its usual broadcast approach during the Covid-19 era.

Deadline: As a viewer, I have to say it’s been pretty amazing to see you figure out how to deliver a strong run of original shows—in sharp-looking high-definition, no less—despite the countless obstacles created by the pandemic. How have you developed this whole new approach on the fly?

Owens: Week in and week out, we keep looking at each other and saying, “We’re two steps ahead of the devil. We did it again somehow.” We had to develop a theory of how we could produce remotely. We had never done it before. In March, in the moments after CBS had to shut down its building and facilities, our editors, our director, our associate director, the people in our control room and the people who actually cut the stories basically put together packages of the things that they would need to work from home. We wouldn’t be on TV if it wasn’t for the way they planned. It was things like media that was on the hard drives of our Avid edit machines, making Macs and computers at home into editing machines. They were speaking a language that I didn’t understand, but I knew that they thought they could do this. They were very sure of it. It involved literally setting up in people’s kitchens and working remotely, sharing information over the cloud. It had never been tried before. We ran some simple tests and it seemed to work. We had done a story the week before all hell broke loose about preparing for Covid. Then the next week we did the [New Rochelle, N.Y.] outbreak of the first cases. While we were shooting that story, it was kind of a proof of concept.

Owens was also asked how the show incorporated social distancing into the overall production process.

You also have the reality of social distancing. How soon did you determine how to adopt distancing both on and off the air?

One of our producers, his wife is an obstetrician. She was helpful in getting us to the right people in Westchester County. We were able to explain that we wanted to help share the message, talk about distancing and everything that happens during a lockdown. A new lexicon was getting born around that time. We talked to New York Gov. Andrew Cuomo that same week. There were two different doctors from the governor’s office who had to clear our crew because 60 Minutes had had some symptomatic patients. They were ill. So, that was tricky. That was the very first 10-foot interview, where Gov. Cuomo is sitting clearly 10 feet away from Scott Pelley. All of our interviews are now done at 10 feet, usually outside.