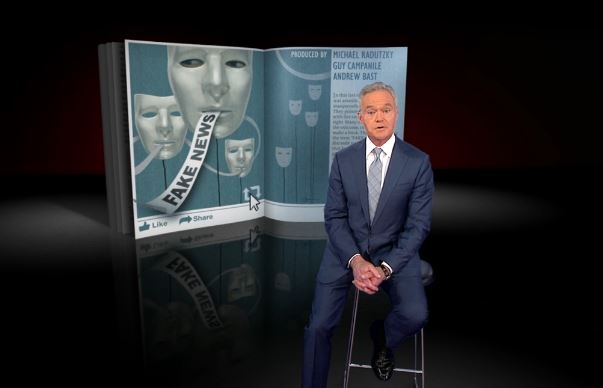 With a hefty lead-in from the North Carolina-Kentucky NCAA Tournament game, 60 Minutes was the most-watched show on broadcast TV last week. The last time 60 Minutes was the No.1 show of the week was Nov. 16, 2008, with the first post-election interview with Pres.-elect Obama.

The CBS News magazine drew 14.7 million total viewers. It was the sixth straight time the broadcast made the Nielsen Top 10. In the key A25-54 and A18-49 demos, 60 Minutes had its best showing since November 27.

For one of the stories Scott Pelley went meta with an intriguing report on fake news. In case you missed it, here it is: