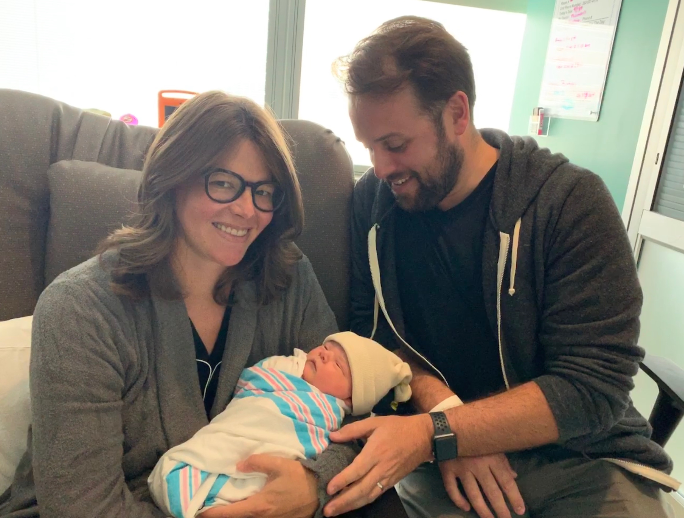 We hear that Mars has dad’s mouth and mom’s chin, and that he sneezes so loudly you can hear him down the hall.

“Mars must already have big things planned since he started life at nine and a half pounds,” Hunt told TVNewser. “We love him so much and can’t wait to see what joy he brings to our family of three.”