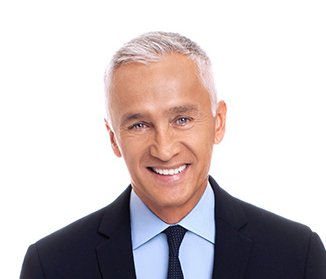 Adweek: What were you doing 15 years ago (in January 2004)?
Ramos: I was covering the consequences of the Iraq War, both aboard and here in the United States. We were concentrating on what had happened with the big lie, because we were lied to, there were no weapons of mass destruction in Iraq. The political and the military consequences of that lie were weighing heavily on the country. So that’s what I was doing. Also, on my own, we were also covering the consequences on immigrants after 9/11 and after the war in Iraq. There was increasing fear of foreigners, and all the possibilities of getting comprehensive immigration reform were simply disappearing, because of the terrorist attacks of 9/11. So those were the two big stories that we were covering. The war in Iraq and the negative consequences on immigrants after 9/11.

Everything started back then, after 9/11. The possibilities of finding common ground on immigration suddenly disappeared. Before 9/11, I remember President Bush and President Vicente Fox from Mexico discussing openly the possibility of an immigration, an international accord between Mexico and the US. And right now it’s something impossible, to mention it.

I think that after Barack Obama was elected in 2008, there was a new sense of optimism in the country. Many people believed that we had reached a post-racial society. That in the same country which had had decades of slavery, followed by decades of racism, followed by decades of discrimination, that finally we had reached a point in which race was not a factor. And we were all wrong. But that sense of optimism is what I would take from the last 15 years. It was an incredible moment, and it has nothing to do with partisanship. It has to do with that sense of being able to have a conversation and to have dialogue. So for me, that was the most important story.

The biggest way is that I’m disappearing. The role of the anchor is almost gone. I go to talk to students very often, and I say, ‘Look at me, I am a dinosaur.’ Without social media, I would not have a job. I’m absolutely convinced that my job now depends as much on what I do on TV as on what I do on social media. You have to be moving throughout all platforms in order to survive.

I think that I’ve learned the most from the dreamers. They taught me many things. The first is that it is okay to be afraid, but that you have to conquer your fears. But we also have to realize that the dreamers changed the mind of President Obama, who at one point said that he was not a king and he was not an emperor, and he couldn’t give then the Dream Act. At the end, he relented, he changed his mind. They did it with a very interesting strategy, which was to be in your face. Instead of being afraid and invisible, like their parents, they came out and they openly said, I am undocumented and unafraid. And that phrase, undocumented and unafraid, changed everything. They showed up at the offices of senators and members of Congress in Washington. They went to the White house and they changed history. Now many of them are protected.

Which of your competitiors do you admire?

I grew up with Peter Jennings and Tom Brokaw and Dan Rather, and they were my competitors. At some point, thanks to the growth of the Hispanic market, we ended up beating them in certain markets: Los Angeles, Houston, Miami, Chicago, New York, but I learned the most from them, and let me include Ted Koppel and Diane Sawyer and Barbara Walters. That group of very reliable, credible journalists, that would not waver, regardless of the news torment that they were in. I really admired them.

The role of journalism is changing. With Donald Trump, the most important social responsibility that we have as journalists is to question those who are in power. When you have a president who made racist, xenophobic and sexist remarks, our role is to challenge him.