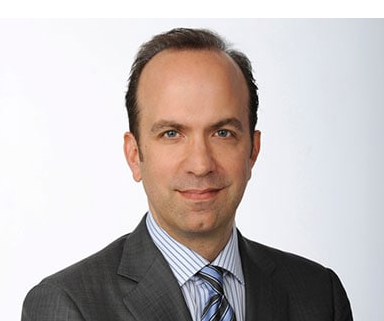 Adweek: What were you doing 15 years ago?
Sherwood: Just married and back from our honeymoon in Africa, I was putting the finishing touches on a novel, The Death and Life of Charlie St. Cloud.  I had hung up my TV news cleats a couple of years earlier to write fiction and pursue entrepreneurial ideas.  In January 2004, I had no idea that I would suit up again just a few months later in April and return to ABC News and Good Morning America.

What’s your favorite professional moment of the past 15 years, and why?
No question about it.  7 a.m.  February 20, 2013. Surrounded by her co-hosts, Robin Roberts looks into the camera five long months after a bone marrow transplant for a rare and deadly blood disorder.  “I have been waiting 174 days to say this,” Robin declares.  “Good Morning America!”  I still get chills thinking about Robin’s extraordinary resilience and the impact on her family, everyone at ABC News, and millions of viewers across the country.

What is the biggest way that TV news has changed over the past 15 years?
Anyone – literally anyone – with a smartphone can act as a wannabe broadcaster or publisher, newscaster or correspondent. Anyone with broadband and a URL can distribute a “news” program or create a “news” organization. Today, we are all grappling with the consequences, positive and negative….

Who have you learned the most from in your career? What did they teach you?
I’ve learned from almost everyone – from baby-faced social media prodigies to grizzled photographers, editors and producers to veteran correspondents and hall of fame anchors.  I owe my start in TV News to Tom Johnson, then of the Los Angeles Times and later CNN, who introduced me to Bill Moyers, Dan Rather and Diane Sawyer at CBS News way back in 1983.  I was their intern; they were my first TV mentors. They set the highest standards for excellence, hard work, curiosity, and competitiveness.  Since then, there have been many teachers and I am always on the lookout for more.

Which of your competitors do you most admire, and why?
They know who they are. I even write them fan letters.  I’ll leave it at that.

What do you know now about the business that you didn’t know 15 years ago?
While everything feels like it has changed, the most important things really haven’t.  A great story well told and carefully reported means everything.  Just look at the last couple years of extraordinary journalism being done in the US and around the world.

What has been your toughest professional challenge during the past 15 years, and how did you overcome it?
No question, the worst day was August 13, 1992.  Covering the civil war in former Yugoslavia, David Kaplan of ABC News was shot and killed by a sniper just after we had driven outside the airport in Sarajevo. It was a shattering experience for David’s family and for many of us at ABC News. All these years later, ABC News tries to honor David’s memory with fearless reporting from Syria to Yemen and beyond, while weighing risks as carefully as possible because we all understand the very real consequences of our decisions.