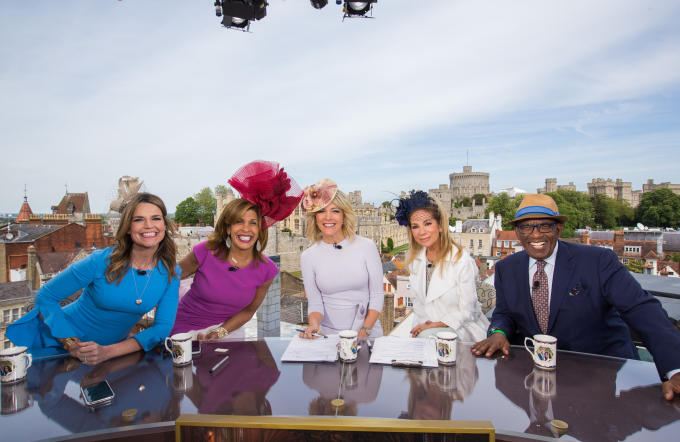 NBC News was the big winner of the day. It sent a ton of its talent and resources to Windsor, and it ended up money well spent because the network ended up finishing No. 1 in the TV news ratings race in all measurements.

Today also won across the board on Friday in the lead-up to the Royal Wedding. Savannah Guthrie and Hoda Kotb co-anchored the usual 7-9 a.m. live from an exclusive vantage point directly overlooking Windsor Castle, and were joined by Megyn Kelly, Kathie Lee Gifford, Al Roker and Sheinelle Jones. Today averaged 4.25 million viewers, with 1.46 million in the key A25-54 demo on Friday.

Fox News was the most-watched cable news network for Royal Wedding morning coverage (1.94 million), while CNN was No. 1 among younger viewers, including A25-54 (604,000).

The coverage of The Royal Wedding ranked among the top 5 biggest Saturdays of all time for CNN’s digital platforms, with all key metrics surpassing the 2011 Royal Wedding (unsurprisingly). CNN Digital saw 22 million unique visitors on Saturday, including 17 million video starts and 1.9 million live starts on the live stream of the wedding.