NEXT:2021 Ratings: MSNBC Posts Losses, But Remains 2nd-Most-Watched Network on All of Basic Cable
PREVIOUS:Thursday, Dec. 30 Scoreboard: The Five Is No. 1 In Total Viewers and Among Adults 25-54 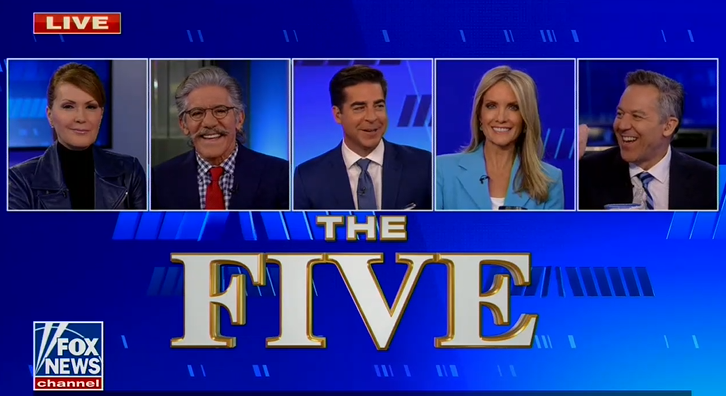 2021 was yet another wild year in television news. But one constant emerged amid all of the chaos: Fox News Channel was the most-watched network on all of basic cable.

“As we embark on our 20th year as the leader in cable news, the last six of which as number one in all of cable, I am incredibly proud of the unrivaled success we’ve had at Fox News Channel,” Fox News CEO Suzanne Scott said in a statement. “Not only were we the only network to grow our audience share, but we did so while changing our lineup and transforming the entire late-night television landscape in the process, ensuring our continued momentum for many years to come.”

Relative to its record-setting 2020 ratings performance, Fox News shed -34% in total prime time viewers, -41% of its primetime demo audience, -29% in total viewers across the 24-hour day, and -35% among adults 25-54 across the 24-hour day. 2020 featured early coverage of the coronavirus pandemic, and a historic presidential election campaign. A ratings decline in 2021 was expected, yet Fox dominated its competition once again.

Additionally, the fact that there’s a higher percentage of year-over-year decline among adults 25-54 than among total viewers makes sense, considering younger viewers are more likely to tune into cable news during an election year as opposed to an “off year.” The year 2020 was of course an election year, whereas 2021 was not.

Fox News finished behind CNN and MSNBC in the early part of 2021, something almost unheard of in the post-Sept. 11 era. Yet, Fox News moved ahead of its cable news rivals as the year wore on, the Biden administration established itself and the news cycle slowed.

Below are the final 2021 Nielsen live+same-day numbers:

Fox News shows comprised 10 of the 15 most-watched in cable news. The network also delivered nine of the top 15 programs in the 25-54 demo.

Tucker Carlson Tonight completed the year as the most-watched show on cable news (3.21 million), breaking Hannity’s four-year-long streak as the top-ranked cable news show. Tucker Carlson Tonight also No. 1 in cable news among adults 25-54 (535,000). The Five moved from No. 3 in 2020 to No. 2 in 2021 in average total viewers (2.94 million), followed by the aforementioned Hannity (2.87 million), The Ingraham Angle (2.27 million) came in fourth in total viewers.

Finally, this year, FNC also launched a late-night program Gutfeld!, which averaged 1.70 million total viewers from 11 p.m.-12 a.m. That more average total viewers than the 11:35 p.m. late-night shows on cable and broadcast, with the exception of CBS’ The Late Show with Stephen Colbert.

More information about Fox News 2021 programming performance, and its victories in various timeslots, can be found in an imminent post.