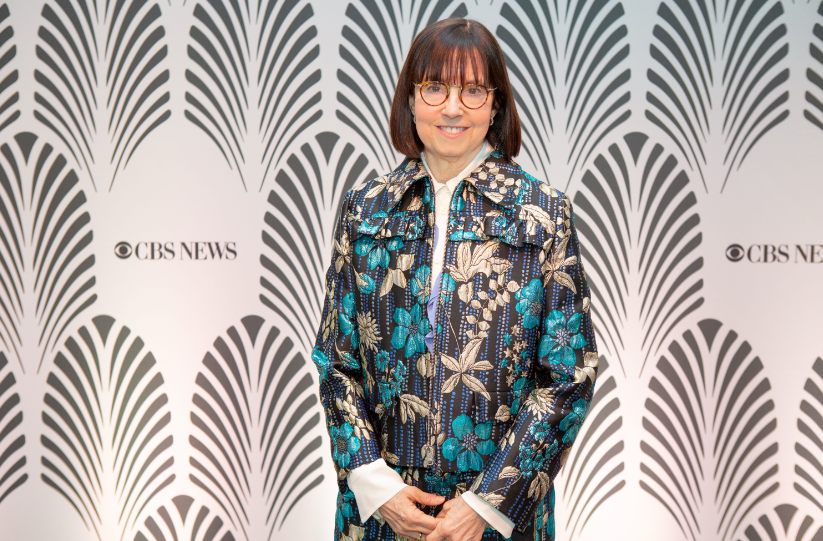 As we noted in our 2020 TVNewser Challenge post, 2019 was another extraordinary year in media news (though perhaps not quite as intense as the #MeToo era of 2017-2018).

Megyn Kelly officially left NBC News in January, and CBS News totally revamped its executive and on-air teams. The network named a new president, a new evening news anchor, a new morning show team, and and new executive producers for 60 Minutes and 48 Hours, all in 2019.

Then, there was Shepard Smith‘s exit from Fox News this past fall, a move that stunned the TV news world. Smith, one of the most respected TV news journalists, called Fox News home for 23 years.

Would Megyn Kelly head from NBC News to another major news outlet in 2019? The answer was “no,” and 78% of you guessed correctly.

Will she return to television news in 2020? That remains to be seen.

Who would take on the 9 a.m. ET hour vacated by Kelly? That would be the quartet of Sheinelle Jones, Al Roker, Dylan Dreyer and Craig Melvin.

46% of you guessed Roker, Dreyer and Jones. Melvin and Jenna Bush Hager came in 2nd among ya’ll. That’s pretty good.

The next question was whether Pres. Trump would sit down with CNN. What did you all think?

The answer was “no,” and 80.5% of you guessed correctly. Now, will POTUS sit down with the network in 2020? Remains to be seen; but we aren’t counting on it.

The next question we asked was whether you thought a Fox News personality would join the administration in 2019. Here’s what you said:


Well, no major member of the network joined the Trump administration in 2019, and 28% of you were correct. 15% said Fox & Friends Weekend co-host Pete Hegseth and/or Hannity host Sean Hannity would join the administration.

Former Fox News co-president Bill Shine joined the administration in 2018 and worked as Trump’s deputy chief of staff for comms for 8 months. He left the White House in March 2019 to join the Trump reelection campaign.

Next, we asked if a cable news network would be forced to shut down a program due to advertiser fears in 2019.


Jeanine Pirro and especially Tucker Carlson seemed to be playing with fire when each made incendiary remarks on their respective shows this year. Pirro was given a multiple-week suspension for sentiments expressed about Rep. Ilhan Omar, telling her viewers the congresswoman was “sharia complaint,” and somehow disloyal to the U.S. Constitution because she wears a hijab. Carlson went on vacation with his son after making ill-advised remarks about immigrants, spurring ad boycotts against the show. But no program was shut down. The voters were right, 54%-46%.

Which broadcast news division was most likely to have a new chief in 2019? It basically came down to CBS and NBC, and unless something bizarre happens between now and Monday, CBS will be the sole network to make a change at the top of the news division. And you were right about that.

48 Hours senior ep Susan Zirinsky was appointed the successor to David Rhodes in February of this year, and officially took on CBS News president duties on March 1. She totally revamped the network’s news division, on-air and off-air, as we noted above. This also included the launch of a brand new Washington D.C. bureau earlier this month.

Sticking with the broadcast news theme – We also asked which network morning news show was most likely to make changes to its on-air team.

69% of you said CBS This Morning. 69% of you were right. Gayle King, Anthony Mason and Tony Dokoupil were named CTM co-hosts back in the spring.

The third hour of NBC’s Today (9 a.m. hour) also changed in light of Megyn Kelly’s departure, as noted above.

Our next question for you had to do with ratings, the news industry’s obsession. Which cable newser would finish 2019 No. 1 in prime time. While the year isn’t technically over, Fox News will finish the year at the top of the heap. What did you think?

This one was somewhat close, but 56% of you thought Fox News would emerge as No. 1 for the year. 37% said MSNBC and 7% felt CNN would rank No. 1 in prime time. The majority of you were correct, yet again.

While Maddow started the year off strong, Sean Hannity dominated the rest of 2019 and emerged No. 1 for the year among total viewers and among adults 25-54. Not only that, but Tucker Carlson also moved past Maddow and into the No. 2 spot for 2019, showing Fox News’ strength in prime time, and total audience growth despite some advertiser concerns.

Moving over to the networks themselves – we asked which of the big three would post year-over-year audience growth. If any of them were able to post growth, it would serve as an impressive achievement coming off of an midterm elections year. So, what did the respondents think would happen?

Perhaps we should have included a “more than one” option because both MSNBC and Fox News posted year-over-year growth in 2019. In fact, both networks had their best years ever when it came to average total prime time audience. Their respective performances among adults 25-54? Not so much.

CNN was down this year from 2018, but expect them climb in 2020. They always do well in election years.

Next, we asked out of Fox News, CNN and MSNBC, which was most likely to make changes to its prime time programming lineup. Well no one did! What did you think?

We moved over to business TV news for our next question: Which Business News Network Will You Watch With the Most Frequency in 2019?

The majority of you seem to be CNBC fans, and the  final ratings for 2019 seem to lend themselves to that sentiment, despite the fact that CNBC has made it clear that it does not use Nielsen ratings, and FBN’s Lou Dobbs had the top business news show of the year in total viewers.

Bloomberg is not a Nielsen-measured network.

And last, but not least (and arguably, the most important question of the 2019 challenge): From Which Network will the 2019 TVNewser March Madness Challenge Winner Hail?

This question elicited a wide array of answers!

So, who actually won? The winner hailed from Fox News. Fox Nation host Abby Hornacek, a former D1 athlete herself, emerged as top dog in our challenge for 2019.

More than 16% of you thought NBC would win the challenge, which was indeed the case in 2018 with Willie Geist taking top honors. That 16% figure is the largest percentage of the respondents. 14.5 % said Fox News (2nd-highest percentage), followed by MSNBC, CNN and ABC.

And there you go, those are the results for the 2019 TVNewser challenge. Now, go ahead and take our 2020 challenge, which allows submissions through Jan. 6, 2020.