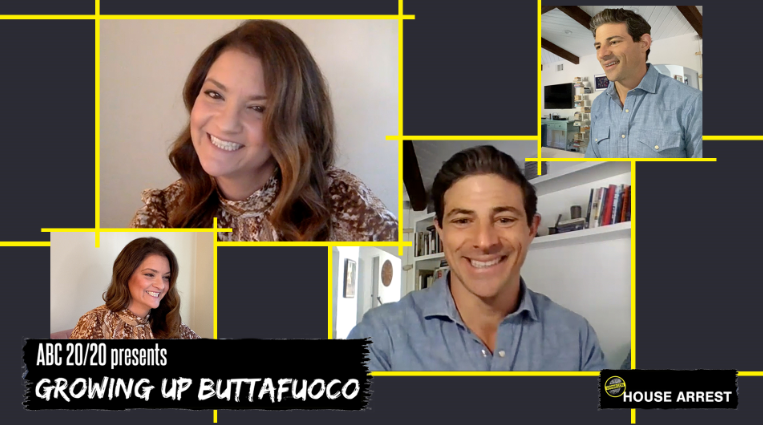 This year’s CrimeCon was cleverly named House Arrest. Despite the unique nature of the event (it was a virtual affair taking place on Saturday, Nov. 21), one thing didn’t change: Participation by ABC’s 20/20 and Dateline NBC.

During the session, Buttafuoco told Gutman about her unbelievable journey, reflecting on the tragic shooting that turned into a tabloid media sensation, her mom’s recovery, overcoming and surviving the media scrutiny, persevering despite the odds, and her life today.

Buttafuoco :  A little bit of both. It’s weird being infamous by association. Because nothing I did got me to that place, but somehow everybody knows my name. For me, it’s very different because I live it every day and I’m triggered by something every day. For a long time it was the doorbell. If someone’s coming over ringing that doorbell that I didn’t know who it was. I have panic attacks because I was raised, “Don’t answer the door to people you don’t know because you might get shot.” And like, that was real. It happened to my mom. So I developed all these kinds of phobias and I was terribly afraid all the time that someone was going to kidnap me or come and shoot me a random act of violence.

But what people don’t see is that I’m the one changing her [Mary Jo’s] bandages at home. I’m the one cleaning out her blood tubes and make in making sure she doesn’t get infected and sleeping over her house and making sure she’s okay and medications, that kind of stuff. And that’s the kind of role that I’ve had to have my entire life. And including not just the medical aspect of it, because my mom has had many surgeries over the years that I’ve been the one to be the caretaker for. On top of that, this incident, my parents got divorced.

I’ve had to go through that. I’ve had to move across country. Like this situation has created a lot of turmoil in my life that I’ve had no control over. It’s weird being the kid of it. Because my perspective was a lot different than what everyone else saw my parents like on TV. And so, it was almost a mind “F”…

Dubbed “honorary Mayor of CrimeCon,” Mankiewicz surprised true-crime fans by participating live in “Mystery Mingle,” where attendees were randomly paired with other attendees, roulette-style. True crime superfan and food guru Lisa Lillien (a.k.a. Hungry Girl) taught the NBC Newser how to cook up an easy, and healthy recipe. (OK, it was actually Chocolate Peanut Butter Cake.)  Lillen asked Mankiewicz questions about the 29th season of Dateline, as he jokingly noted while measuring ingredients: “One of the reasons I became a reporter 45 years ago was that I was told that there wasn’t going to be any math.”

In a Saturday evening CrimeCon session, Dateline’s Keith Morrison was interviewed by Mankiewicz about his new upcoming true crime podcast.

As of now, CrimeCon 2021 is set to be an in-person event, taking place on Friday, June 4-Sunday, June 6 at the Fairmont Austin in Austin, Texas.