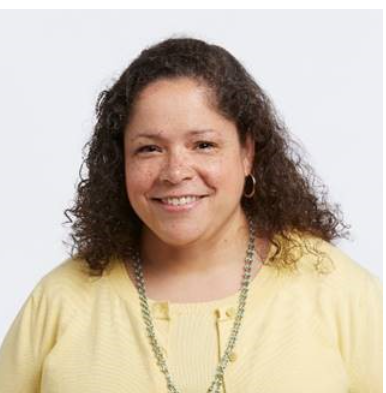 Janice Johnston has spent more than two decades at ABC News, including 14 years as a producer on the network’s primetime newsmagazine 20/20. One might surmise she’s seen it all over the years, but 2021 was a unique one for the veteran ABC newser.

After years as a senior producer, Johnston stepped into the role of 20/20 executive producer at this time last year, taking over for David Sloan, who is currently in charge of all ABC primetime news content. With Johnston at the helm, 20/20 finished No. 1 on Friday nights in multiple demos last season, and has been averaging more total viewers than its competition in recent months.

The newsmagazine also won two primetime Emmys, a Peabody and a SAG Award in 2021.

“We’re at a time right now where I’m thrilled that we’re getting all these honors, and all the hard work that has been happening for years is recognized,” Johnston told TVNewser in an interview. “And it is all happening at the same time.”

While Johnston captains the 20/20 ship, she’s more than willing to share credit for the program’s success.

“It’s the team,” said Johnston. “I am lucky and blessed to have been with 20/20 for several years, and this is a team that I’ve worked alongside — many of whom I hired, and promoted forward. I just love working with them. So that is the secret sauce. It’s the team.”

In the midst of its 44th season, we spoke with Johnston about the state of the newsmagazine, how it has changed since her arrival in 2008, the potential for 20/20 brand expansion, and working with ABC News president Kim Godwin.

TVNewser: You all are having a lot of success right now, but where do you think can the broadcast improve in 2022?

I think this is a challenge that everybody is facing right now — I would love to make the way better for the team as we continue to navigate through a pandemic. Just getting the product to air is challenging for everybody, and any way that I can find as a leader to make that better is my personal challenge. There’s so many things outside of our control that effect all industries, particularly when you’re trying to tell stories. So, that’s the challenge that I see this for this new year for myself.

The magic of 20/20 is it’s a show that’s been on for over 40 years. So, at any point someone joins the broadcast has stepped into a show that was different than it was before. The ability to be on for 40 years means that you keep some constants, but are also always changing and being dynamic.

The most obvious way it’s different is is the length of show. We’re a two hour show, as opposed to one hour, and that is a dramatic difference. This is our fourth year being a two hour show. So, in a way I think it feels wonderful to be really rooted in that, hitting our stride in this two hour format. At the same time, it’s looking back on 40 years, this is a small portion of the long history of the show. But, the biggest change is really that when I started it was a multi-topic one hour show. Then, we moved to being a single narrative one hour show, and then we moved to being a two hour show.

All the way, we have always have also done specials. 20/20 is also the the the team that’s produced one hour news crashes in primetime. We’re doing specials. This past year, we did a West Side Story special. I do a country music show every fall. The 20/20 brand goes in a lot of direction, so we do have that. But the biggest change since 2008 surely is the length of show.

What is the production process like at 20/20 when the team must crash a story with only a few days’ time, or less?

The Murder in Atlanta. That was March of last year, and it was a crash that we did. That was a one day turnaround for us. The process of that is really relying on the strength of the team being able to turn quickly. These are completely opposite skills — the ability to do a two hour longform documentary versus turning quickly a one hour show are different skills. We have strong players who were able to do both. A lot of the team, as I did, came from a daily show background [Johnston was formerly a GMA producer], and have that muscle to flex.

We also lean heavily into the larger resources of ABC News. We may be crashing something, but we have producers from the National Desk who are on the field. For that story, the anchor of Nightline, Juju Chang hopped on a plane and flew down to Atlanta. 20/20 may be the lead of that, but we are also taking players, contributors, the strength of all of ABC News comes to play. So, it’s really the marrying of those two things: The team that we have as a show, and then the wider ABC News team.

I love this question! I see myself in this role as the leader, the steward as being in charge of the show, the people, and the brand. Those are the three prongs of 20/20. And so indeed, the extension of the brand and keeping a brand’s vibrant and dynamic is is part of my charge. To that end, on Hulu Now, for example, our Hulu stats are fantastic right now, and it has really been a good way to extend the storytelling and give more people a chance to see the show. In recent months, I have created drop-down section on Hulu of extras of 20/20. These are additional behind the scenes, and additional extended trailers. That’s a new development this year. In terms of the podcast, those numbers have been great, and it’s exciting to see the brand have life in these different forms.

Is there a possibility for a 20/20 spinoff series on streaming?

For us, right now, the strengths of 20/20 is the re-airing of 20/20 on Hulu and adding additional elements.

You have spent 23 years at ABC News and seen your share of ABC News presidents. What does Kim Godwin bring to the news division that’s different from her predecessors?

It’s exciting to have her here. I started in November of 1998. To start at ABC, one of my first interviews was with [former ABC News president] David Westin. I’ve been fortunate to have worked with the various news presidents along the way at GMA and at 20/20.

She is new to ABC, and everybody has to be new at some point. But, when I had encountered the other news presidents they had already been here for a while. So, it’s exciting to have new energy, new ideas, new focus, and as a new EP myself, the timing … it’s exciting to have this new time at ABC.

Finally, how would you describe your leadership style one year into your tenure as executive producer?

I care very much about the people of this show. My leadership style is focusing on the health and wellbeing of the people to get the show to be where it is. I love my team. I managed staff at GMA, [former ABC News president], Ben Sherwood promoted me to that. I’ve been in management of people here at newsmagazines as well. I love seeing them try new things and grow. I just promoted someone yesterday.

This where we all choose to spend our time. Our time is precious, and I value that they have chosen to spend and invest their time with me on 20/20. So that’s kind of where I’m coming from. 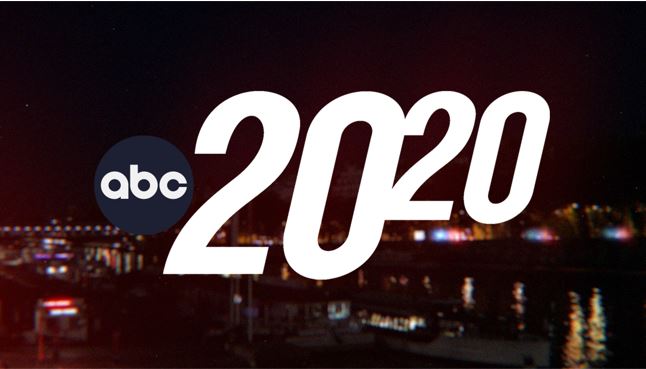