NEXT:Brian Ross Is Returning to ABC, but Will Serve in Different Role
PREVIOUS:Scoreboard: Thursday, Jan. 4 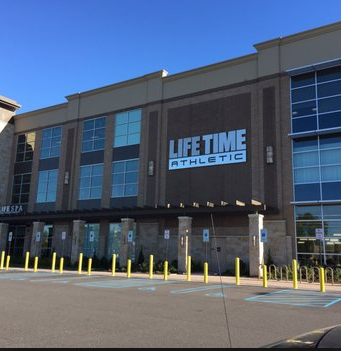 Are you stressed out by what feels like a seemingly never ending news cycle? It seems you’re not alone.

The St. Paul Pioneer Press reported earlier this week that the company officially dropped CNN, Fox News, MSNBC and CNBC from TVs in front of various machines, including treadmills and bikes.

Life Time spokesperson Natalie Bushaw told the Pioneer Press that the company, which boasts 128 fitness centers across the U.S. and Canada, (including one at 605 W. 42nd Street in New York), decided to turn off the cable news networks based on “many member requests received over time across the country and in keeping with our overall healthy way of life philosophy and commitment to provide family-oriented environments free of consistently negative or politically charged content.”

The Life Time spokeswoman added, “Clubs do have flexibility to air programs of interest in their club, such as local sporting events from college to pro teams.”

Our perspective on the recent tv programming change in our clubs. pic.twitter.com/r81EQFjZdE

USA, A&E, Discovery, HGTV, local stations and ESPN, are among the networks which can all still be seen at Life Time gyms.

It appears that some members are supportive of the decision, while others are perplexed by it.

The Pioneer Press interviewed a few members at a Life Time fitness center in Eagan, Minn for their story:

Life Time regular Robert Miller said he was disappointed by the national news blackout — and said he never saw any conflicts at his local club.

“I like catching up on the news while I’m on the elliptical machine for an hour,” he said. “I can’t stand watching those soap operas or talk shows.”

But Melanie Dawson of St. Louis Park — a longtime Life Time member and a wellness advocate — applauds the company’s decision.

In an e-mail to the Pioneer Press, Dawson wrote: “Back in 2012, very shortly after the Sandy Hook school shootings, I took my then 8 year old into the Life Time Cafe. CNN was on, with the sound, and it was broadcasting images of horrified parents and kids, discussing in detail the carnage. I was horrified, and it scared my daughter. I immediately reached out to Life Time corporate to ask them to remove the news from the cafes. I never heard anything back. I am so glad to see this development. I go to Life Time to take care of myself, which includes my mind alongside my body. In this age of 24/7 news, most of it being bad, it is nice to be able to visit Life Time without having to be subjected to it.”

Do you support Life Time’s move? Would you like to see your local gym take a similar action, or are you more than happy to check out the news while pumping iron, running on the treadmill, stretching, taking selfies, or doing whatever you like to do at the gym?