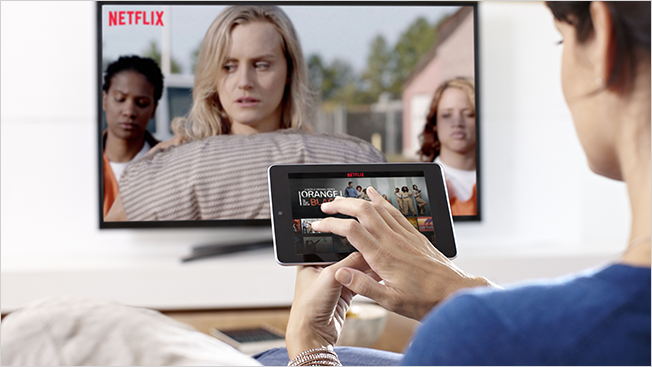 If you live in the U.K. or Ireland, you could get paid to watch Netflix for a living.

The streaming service put up a job listing seeking a qualified candidate to help out with its recommendations system by watching movies and television shows, The Huffington Post reports. According to Netflix's offical job listing for a tagger, "applicants will be responsible for watching and analyzing films and TV programmes that will be streaming on Netflix in the future. The tagger will deconstruct the films and programmes and describe them using objective tags." The listing goes on to specify that the role will offer flexible hours and would be ideal for those with a background in film or film history, or those with filmmaking experience. Taggers are also among the first to see Netflix original series, such as House of Cards and Orange Is the New Black.

While there are currently around 40 taggers worldwide, this is the first time Netflix is recruiting for the position in the U.K. and Ireland, reports The Independent. According to that publication, current taggers include "a mum who speaks fluent Hindi and has worked on several procedural crime shows, a French native and former keyboard player in Stereolab now living in New York who tags French-language content and a film director working on his third feature starring Tim Roth who lives in Mexico City and tags Spanish-language content."

"We see ourselves as a matchmaking service, which means that we get to know our members and how they interact with our service," Todd Yellin, Netflix's vp of product innovation, told TechRadar. "When I came on board Netflix 8.5 years ago, our recommendations were reliant on how people rated titles. The thing is for some people it is a bit of a nice challenge to give things a star rating but for a lot of our users they considered that work."

Netflix has released a YouTube video describing the position and is accepting applications from all over the U.K. and Ireland. While the obvious take away from the news is that this is about the best job ever, it also signifies Netflix's continued commitment to improving their recommendation system. As anyone who has had to sort through spotty recommendations can tell you, those improvements are very welcome.