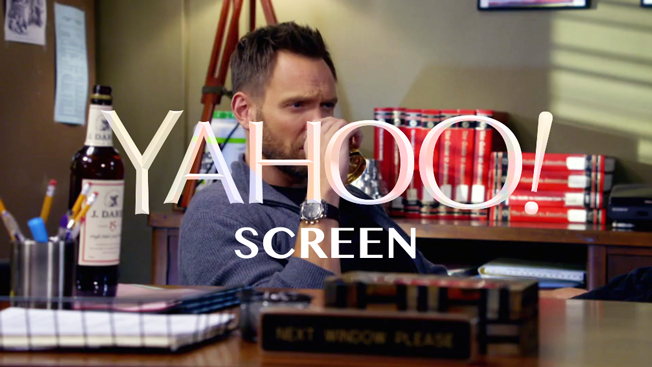 Just four days into 2016, Yahoo is making good on a plans announced at the end of 2015. The struggling tech giant has shut down Yahoo Screen, a 5-year-old digital video platform that housed its original series, its first livestream of an NFL game, and old episodes of Saturday Night Live.

The remaining video properties on Yahoo Screen will be moved to the company's digital magazines, so like-minded content will exist side by side.

"At Yahoo, we're constantly reviewing and iterating on our products as we strive to create the best user experience," said a Yahoo rep. "With that in mind, video content from Yahoo as well as our partners has been transitioned from Yahoo Screen to our Digital Magazine properties so users can discover complementary content in one place."

The shutdown of Yahoo Screen, first reported by Variety, comes after a year in which the tech giant attempted to break into original content with the revival of NBC sitcom Community, the NBA-themed series Sin City Saints, and sci-fi comedy Other Space (from Ghostbusters director Paul Feig). It's a blow to the tumultuous tenure of CEO Marissa Mayer, for whom original video had been a priority.

Despite the three original series, as well as a licensing deal with Viacom for Comedy Central shows and the entire catalogue of Saturday Night Live, Yahoo simply couldn't compete with streaming giants Netflix, Amazon Prime and even Hulu. Yahoo's originals contributed to a $42 million write down for the company last year. CFO Ken Goldman admitted at the time he "couldn't see a way to make money over time" on pricey original series. CMO Kathy Savitt, whom Mayer tapped three years ago to oversee Yahoo's original video, left for STX Entertainment.

Though Yahoo scored the rights to the first digital-only broadcast of an NFL game in October, the much-publicized event made little headway financially, though Yahoo remains interested in future rights deals. It's well known the league is exploring opportunities with digital platforms, including shopping a digital-only rights deal for Thursday Night Football.

The shuttering of Yahoo Screen comes as the Web giant moves forward with plans to split the company, organizing its core Internet businesses, including Yahoo News, search, email and Tumblr, into one entity, while the other would hold a $32 billion stake in Chinese ecommerce giant Alibaba. (The Yahoo board considered selling the stake but shelved the idea after days of meetings in early December.)

Though Yahoo is not getting out of digital video entirely—it will continue to produce some short-form video content—shutting down Screen is further proof of its diminishing stake in original video. With four months to go until Yahoo's NewFront presentation, buyers are curious about Yahoo's appetite in the space.

"Are they going to continue, amid all the questions we've seen there, to invest in original digital content?" said Scott Donaton, DigitasLBI's chief content officer, last month.

The answer is a bit more clear today.