Hulu and Beyoncé pioneer a new way to generate hype

Want to get people talking? It’s all about that surprise drop. Beyoncé sent the Beyhive into a frenzy with her surprise release of Homecoming: The Live Album; Hulu kept fans in front of their TVs when it released its own Fyre Festival documentary just days before Netflix dropped its own; and, most recently, Hulu posted the first season of its Veronica Mars revival a week before fans (self-proclaimed Marshmallows) were expecting it.

The last-minute surprise drop can be a marketing ploy for brands, artists and companies to stand out from an otherwise crowded content market. That was certainly Hulu’s plan with Veronica Mars. 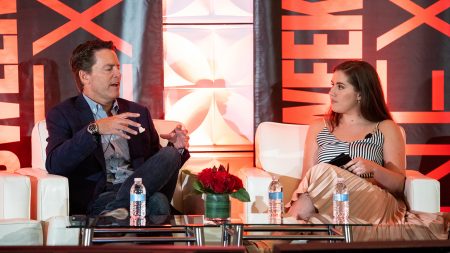 Hulu made the first three seasons, which originally aired from 2004 to 2007, available to stream ahead of the release of its new fourth season. Fans had been expecting the premiere on July 26, but with the cast gathered at San Diego Comic-Con, Hulu saw an opportunity to make some noise by surprise releasing it on July 19, the same day as the panel—which also happened to be star Kristen Bell’s birthday.

“This was a way of trying to draw some attention, especially with the heat of Comic Con, and it turns out there’s a bit of a shocking end to this season that people have been writing about,” said Peter Naylor, svp of advertising sales at Hulu, at Adweek’s NexTech Conference. “All those things went into creating Season 4, and we’ll see how it works out.”

Naylor acknowledged Hulu’s use of surprise drops before, noting the streaming service “created a lot of attention” after leapfrogging Netflix with its own Fyre Festival documentary. Besides creating initial buzz, the release then kept bingers chattering online about which documentary was better. Similarly, this new season drop was “marketing-driven,” Naylor said.

“In pretty much every sector of the media landscape, from films to plays to music, we are seeing franchises and/or known artists with built-in awarenesses drawing the largest audiences,” said Paul Hardart, clinical professor of marketing at NYU Stern School of Business. “People are busy, and getting their attention is hard. [Surprise] drops are a potential way to get consumer attention.”

The OTT providers, at least, are using the tactic as a way to bring in subscribers. The tactic, though, could lose its luster if it’s used too many times, Hardart cautioned.

Additionally, not all brands have the same appeal with surprise drops, as say… Beyoncé, who has “immense popularity,” said Kevin McTigue, clinical associate professor of marketing at Northwestern University’s Kellogg School of Management.

“Now that it’s been done, subsequent brands will find it less fruitful,” McTigue said. “Like any shiny new tactic, step back and think about what you need to accomplish and what tactics will best work in your specific situation.”