Who Is Tiffany Alvord? 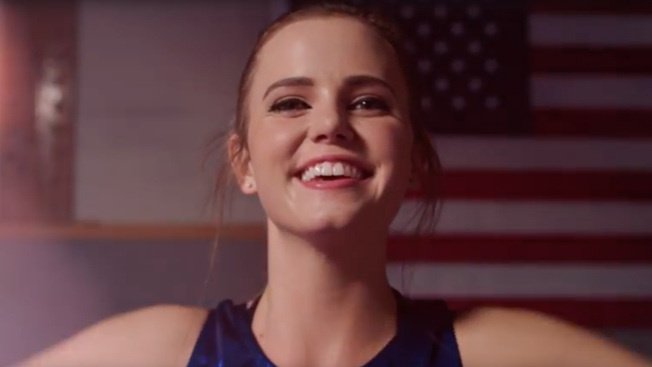 Like the athletes in Rio, Tiffany Alvord dreamed as a girl of one day becoming an Olympian. In her case, it didn't happen. But she is part of NBC's massive marketing push to drive young viewers to tune in or stream the Olympics—what the network describes as its "most comprehensive social media plan ever."

Alvord is a California singer-songwriter with nearly 3 million subscribers on YouTube, but she says gymnastics was her "first passion before music." Alvord started in gymnastics at age 5 and stuck with it for the next nine years before ultimately leaving the uneven bars and balance beam behind.

Now she's one of a team of millennials signed by NBC to connect their sizeable social media audiences to NBC's coverage of the Olympic Games. "The Rio Olympics will be the most social games ever, and we want to make sure to reach fans on every platform," said NBC Olympics chief marketing officer John Miller, announcing the social media push. "Harnessing the power of Olympic athletes, social media influencers, our own commentary team and our social media partnerships, fans will be more connected to the games than ever before."

In a YouTube video produced in association with NBC, Alvord returned to the Palmdale, Calif., gym where she learned gymnastics as a kid to give a few routines another try. "My favorite events to compete were vault and floor," Alvord said in the video, which has more than 200,000 views since it was posted just ahead of the opening ceremony of the Rio Games. "I just remember when I'd fall during competition, it was the worst feeling ever."

On Instagram, Alvord shared a photo of herself as a young girl with a gymnastics trophy and said Team USA's gymnasts—and their gold medal haul—had inspired her. "I've been watching the Olympics and they are so phenomenal, it makes me wanna get back in and push myself again!"