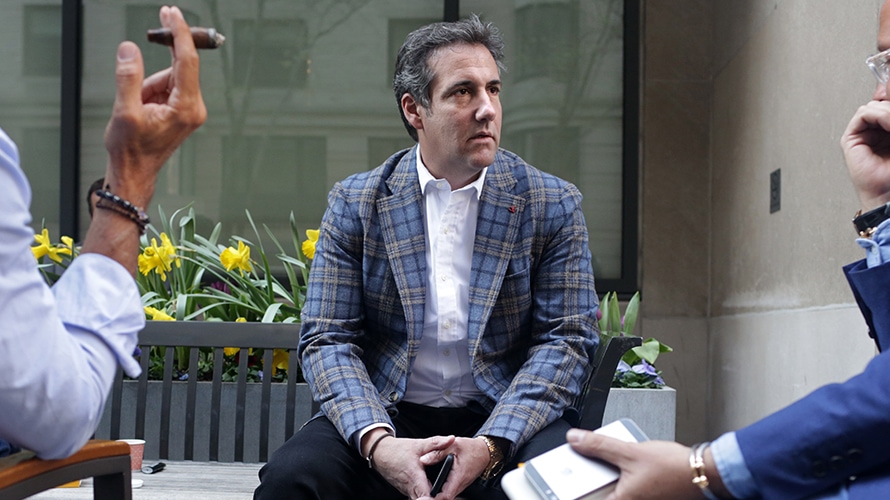 Though American Media, the publisher of the National Enquirer, went unnamed in court documents, The Wall Street Journal reported four days before the 2016 presidential election that the publisher bought the rights to Karen McDougal’s story about having an affair with Trump and refused to publish it, a tactic known as “catch and kill.” Pecker is a longtime friend of Trump’s.

In Manhattan federal court, Cohen admitted his and Trump’s role in making payments to two women—McDougal and adult film actress Stephanie Clifford, more commonly known as Stormy Daniels—ahead of the 2016 presidential election to keep them from talking publicly about their alleged affairs with Trump.

While Cohen paid Clifford directly, he worked with American Media for the payout to McDougal.

Cohen’s accusations against the publisher and the president reverberated throughout the nation on Tuesday evening, with many speculating about how Cohen’s plea could affect Pecker and American Media.

Not for nothing, but based on what was said at the Michael Cohen hearing, looks like American Media Inc. cooperated with subpoena from federal prosecutors in the end. A lower key but important development.

This is not good news for David Pecker and American Media. https://t.co/T72FopS8fR

What so far hasn’t gotten lost in the shuffle is the connection between Pecker and Cohen. Whether people find American Media’s role in a federal crime to be “abhorrent is a different story,” said Steven Miller, director of undergraduate studies in journalism and media studies at the Rutgers School of Communication and Information.

“We are all rubberneckers on the highway of life, and this is a car crash that people are paying attention to,” Miller said.

As Miller noted, American Media—specifically the National Enquirer—has been involved in a number of past lawsuits after celebrities sued over claims the tabloid made.

Those suits have required big payouts, such as when the publisher paid Carol Burnett $1.6 million in damages in the ’80s after the National Enquirer claimed she was drunk at a Washington restaurant during an encounter with then-Secretary of State Henry Kissinger.

More recently, the publication had gained some credence in the industry when it uncovered the child former U.S. Sen. John Edwards had after an extramarital affair.

Though the Enquirer has never been known for its “traditional journalism ethics,” Miller said, this scandal is different.

A spokesman for American Media Inc. did not return multiple requests for comment.

“Whether advertisers are going to shy away from being associated with this story becomes really important,” Miller said.

American Media Inc. titles include Us Weekly, Star, OK!, In Touch and Life & Style. The company claims to have a circulation of more than 5.7 million and reach about 65 million each month as well 68 million unique monthly visitors online.

It remains to be seen whether American Media separates itself from Pecker—though Miller says he believes that would be the “easiest” move to make.