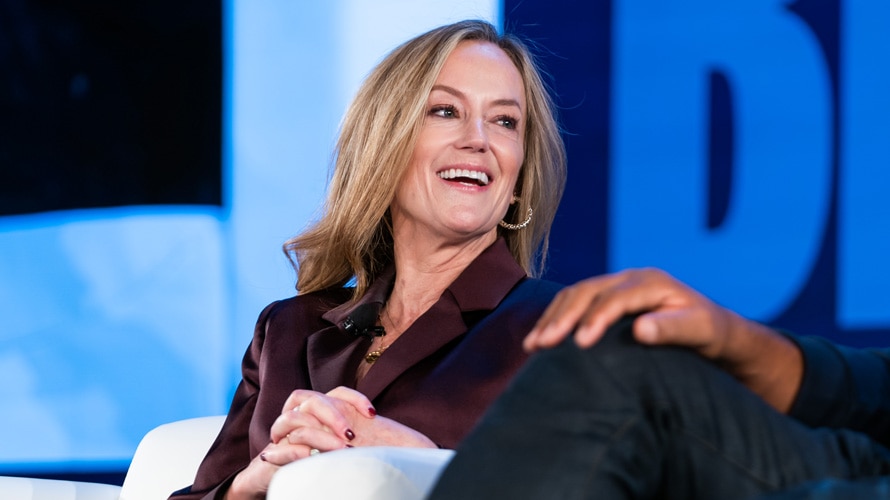 “I don’t care where you watch it—we’re still capturing you as a viewer—but it was really instructive to me how they were watching the shows,” Burke said onstage at Adweek’s annual Brandweek summit in Palm Springs, Calif.

Grown-ish’s popularity, especially in delayed viewing, illustrates how Freeform, where Burke used to work, changed its approach to measuring a show’s popularity.

“We just completely evaluated success differently,” Burke said of Freeform’s strategy for the sitcom, which is returning for a third season this winter. “It launched big on traditional ratings on Freeform at the time, but we saw it popping hugely, particularly on Hulu.”

Burke, who oversaw original programming on Freeform before she took over ABC Entertainment a year ago, is ready to employ that same strategy when it comes to ABC’s ratings as well. Word-of-mouth and delayed viewing are becoming crucial to measuring show impact, Burke said during a panel alongside Disney advertising sales executive vice president of client and brand solutions Lisa Valentino and Black-ish’s executive producer and star Anthony Anderson.

Freeform, which has seen its linear ratings slide but has found success with shows like Grown-ish and The Bold Type, stopped reporting live-plus-same day ratings during Burke’s tenure, as it and most other cable networks switched to live-plus-3 numbers.

So far, only one broadcast network has followed suit—Fox, which stopped reporting live-plus-same day numbers in 2015—but Burke is ready to move away from live-plus-same day ratings as part of her blueprint for ABC, she said in an interview with Adweek following the panel.

“In no other business would you go out and sell or talk about something that had no really lasting impact on your success as a measure of success,” she said. “It’s about time we stopped, and time we took a page from Freeform and start the narrative here. And I think that, eventually, the business will follow.”

Burke said ABC is starting to see the same shift in consumer viewing habits that she witnessed at Freeform.

“About two years ago when I was there, our audience was having more viewers in delayed digital than we did in linear,” Burke said. “That happened this fall at ABC. We’re seeing our digital numbers, our delayed viewing oftentimes eclipses our live same-day viewers. And that’s OK because we’re capturing value, but it’s incumbent on us to keep paying attention to where people are and how they are watching.”

Ratings are still a component of measuring success, Burke said, and they’re particularly key for live programming like ABC’s The Little Mermaid Live!, which aired Tuesday, Nov. 5 at 8 p.m. and had a 2.6 rating in the 18-49 demo, making it the most watched entertainment telecast since The Big Bang Theory’s series finale aired in May. But “other than that, we pay more attention to delayed viewing,” Burke said.

Burke is no stranger to rejiggering the measures television networks rely upon. When she was executive vice president of primetime series at NBC, the company started reporting its ratings in the 18-49 demographic because that’s what it was selling to advertisers, Burke recalled.

“Over the course of a couple of months we changed the narrative, and we changed the value of our business,” Burke said. “I feel like we are at that kind of crossroads again. This is not the death of linear television. People are watching, and particularly with our audience, more. They’re just watching differently. So we have to get better at telling that story and capturing that value.”

Of course, shifting an industry standard isn’t always met with acceptance from industry partners. Burke said that while writers and showrunners are often understanding, there’s an “educational process” to getting other partners on board.

“It’s more about getting some of the other legacy businesses on board, making sure our affiliate partners feel comfortable,” Burke said. “That’s just where it’s going, and we can either lead or follow.”