This Year’s Oscars Audience Plummeted 20%, to the Show’s Lowest Ratings Ever 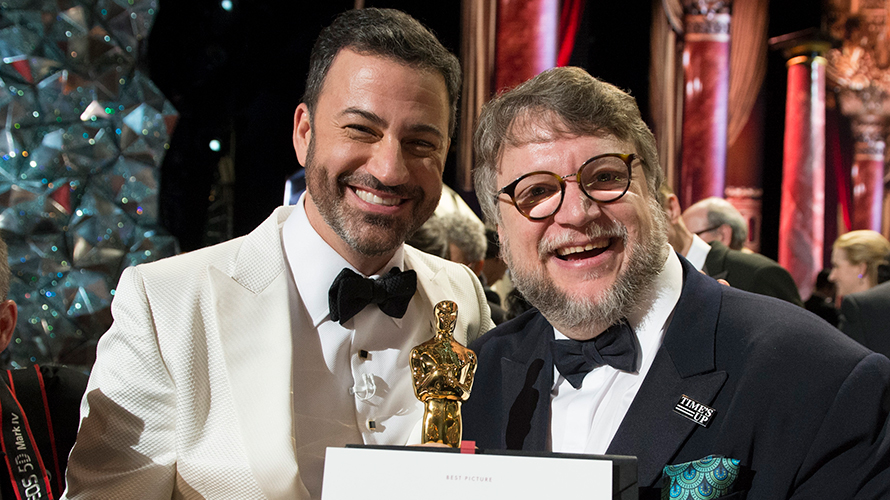 ABC’s efforts to market the 90th Academy Awards with a campaign that leaned heavily on last year’s Best Picture envelope snafu couldn’t hold off a 20 percent drop in ratings from 2017’s telecast.

Just 26.5 million people watched the Oscars, which makes it the lowest-rated Academy Awards telecast in total viewers since 1974, which is as far back as Nielsen has telecast data.

Last year’s ceremony, which was also hosted by Jimmy Kimmel, drew 32.9 million viewers, despite the craziest moment in Oscars history: Faye Dunaway announcing the wrong winner for Best Picture, giving the trophy briefly to La La Land before it was ultimately awarded to the rightful winner, Moonlight.

At the time, only the 2008 telecast, which drew 32 million, had lower ratings.

This is the second major awards show to see at least a 20 percent drop in total viewers this year. In January, the Grammys were seen by 19.8 million total viewers on CBS, a 24 percent decline from 2016. The Golden Globes had a smaller decline, with 19 million people watching on NBC, down 5 percent from the previous year.

With 2017’s highest-grossing films like Star Wars: The Last Jedi, Wonder Woman and Beauty and the Beast shut out of all major nominations, ABC instead played up last year’s mishap as its Oscars marketing campaign, hoping to lure audiences with the promise that something could go wrong again.

But the prospect of another Moonlight/La La Land error wasn’t enough to convince viewers to watch a ceremony featuring films like The Shape of Water and Three Billboards Outside Ebbing, Missouri, which few of them had seen.

With its falling ratings, the show won’t end up as the year’s highest-rated entertainment telecast, given that it has already fallen short of This Is Us’ post-Super Bowl episode, which averaged 27.0 million viewers.

Last year’s Academy Awards ceremony was the fifth most-watched telecast of 2017, and the top-rated entertainment telecast. Only Super Bowl LI, the Super Bowl post-game, the AFC Championship Game and an AFC Divisional Playoff game had more TV viewers in 2016.

But this year’s 26.5 million number is less than any of the telecasts that placed in last year’s Top 10.

It was still a lucrative night for ABC, as Oscar Sunday generates more ad revenue for ABC than any other day of the year, according to Kantar Media. Last year, the network raked in an estimated $128 million in ad revenue, $114 million for the telecast and an additional $14 million from its preshow red carpet coverage.

Kantar Media estimated that the average cost for a 30-second Oscars spot this year was above $2 million, although the network sold some 30-second ads for as much as $2.8 million.

This year’s Academy Awards advertisers included Twitter—which made its Oscars debut—as well as Nike, Walmart and Samsung. And one of the evening’s most clever spots came from the Academy of Motion Picture Arts & Sciences themselves, which run a faux ad for The Shining’s Overlook Hotel to promote the Academy Museum of Motion Pictures, which opens next year.

However, Jet Ski and Days Inn received the telecast’s biggest brand spotlight last night, without spending a dollar on an Academy Awards ad.