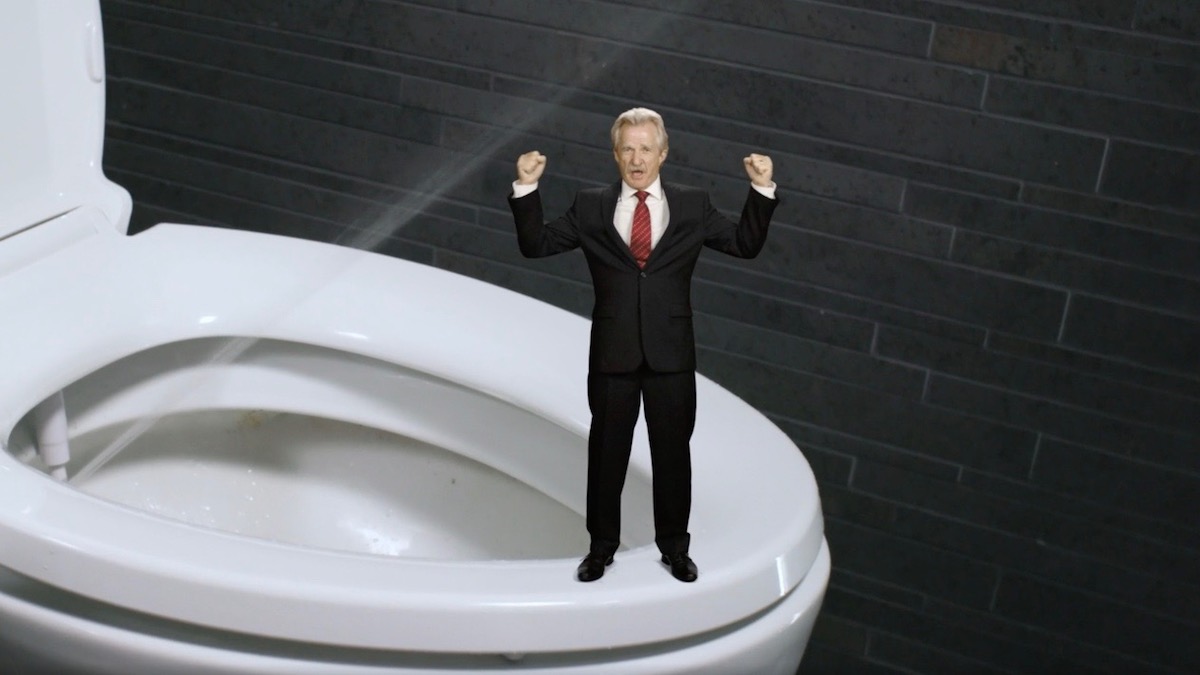 If you’re exhausted this election season by a constant stream of political ads, then you might enjoy a little relief by watching this parody film by bidet brand Tushy, which asks Americans to properly clean their butts as though it were their “civic doody.”

The 55-second spot, created by production company Black Powder Works and titled “American the Bootyful,” is an amusing spoof of candidate broadcast ads. With faux drama, the candidate, called Tushy, addresses the nation as dramatic images of farmers, cows, and toilets run behind him.

“Hey America,” he says. “It’s time for some straight talk. We have a problem that’s not going away on its own. This threat goes by many names: dingleberries, plop tarts, bum crumbs—that’s right, I’m talking about butts.”

The ad concludes with the candidate urging Americans to “vote Tushy.”

Tushy founder Miki Agrawal said the aim of campaign was to be educational about how the product works, and funny.

Sales of bidets, she said, have “shot up” during the pandemic—with sales in quarantine jumping ten times higher than usual and the brand having its first million dollar sales day in March as Americans sought alternatives to toilet paper.

“Election season is upon us, and all over the country people are viewing what seems like the same ad, just with a different candidate’s name,” she said, adding the brand had run a recent national survey which, surprisingly, found 9% of people vote directly from the toilet.

“This ad is about creating a link for viewers between our constitutional right to vote and our constitutional right to choose a healthier, more sustainable, most cost-conscious alternative to toilet paper,” Agrawal said. “Americans have a choice in the upcoming election and they have a choice on how they clean their rear. We are encouraging everyone to do their “civic doody” and vote Tushy—a clean ass—this election season.”