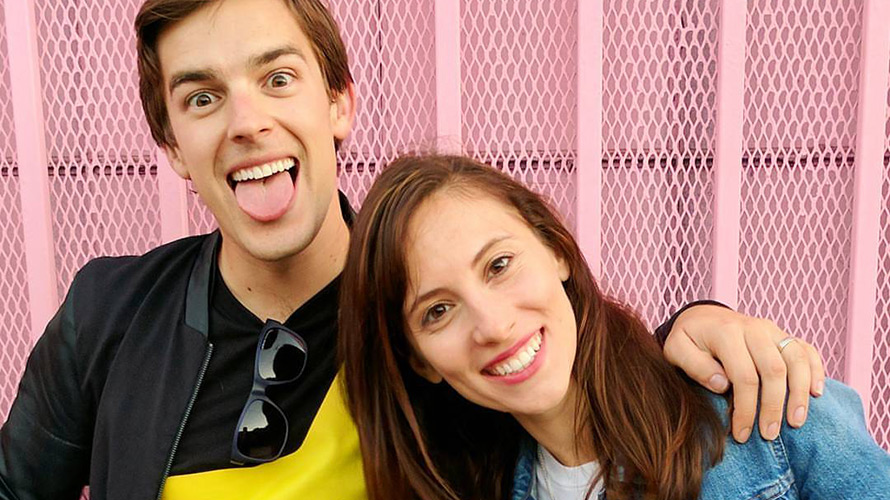 When Matthew Patrick, or MatPat as he’s known online, graduated college, he didn’t know how well his two areas of focus would combine. As a neuroscience and theater double major, he eventually decided to put together his creativity and analytical skills to figure out why things are popular online.

“When we started these, we realized these platforms were interesting marriages of creative platforms that were ultimately run by engineers,” he said. “They’re run on an engine of science and math.” 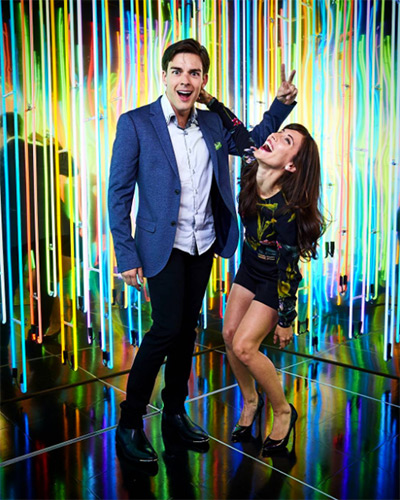 Matthew and Stephanie used their channel as an experiment to see what works for YouTube’s algorithms.
Instagram: @matpatgt

Matthew and Stephanie started to use The Game Theorists channel as an experiment to see what worked with or against YouTube’s algorithms.

“We wanted to learn how to wring every last view out of our videos,” said Stephanie, director and strategy consultant for Theorist Media, which she co-founded with her husband alongside the channels. “But we have to be as efficient as possible, as what we write, shoot and edit is incredibly complicated.”

According to Matthew, each video typically takes up to 100 hours to produce, so they always try to get the most out of every upload.

“By experimenting so much early on, we were able to get a robust set of optimization strategies across many verticals,” he said.

With their channels’ sustained success, Theorist Media is able to take their learnings and teach brands or marketers how to make the most out of their digital and social media videos. Here are some basic questions they frequently get asked by Fortune 500 companies:

What does it mean to be successful on social video platforms?

“The first thing we ask a company that wants to go viral is, ‘why?’” said Stephanie. “There has to be something you want to actually achieve, and we want them to reach that goal instead of the broad ‘viral’ term.”

The team suggests clients decide if they’re trying to build up a fandom, market a product or drive attention to something specific like a movie release. From there, a brand can understand how better to achieve that or determine a measurement of success.

“A lot of companies want just one easy fix that will check every box that means a video went viral,” said Matthew, “but it doesn’t work like that. Some videos are better at driving subscriptions to your channel, some are better at being shared. We can help a brand achieve their goal once they finally nail down what it is they want the video to do.”

What’s the ideal length for a digital video?

Theorist Media understands the frustration of clients who just want to plug their content into a formula that will immediately make a video extremely popular online. But like the above question, the right length depends on the goal you want to reach with the video.

“A lot of people think short content is designed to go viral, but longer content keeps people around for a longer amount of time,” explained Matthew. “If you decide on your goal and the platform you want to upload it to, that will determine the video’s ideal length.”

According to them, YouTube (for now) tends to favor videos that have people watching for longer amounts of time.

“If you get someone intrigued enough to watch for 10 minutes, that video will outperform ones that are the typical two to five minutes in length,” Matthew said.

The story changes if you’re trying to find success on Facebook.

“On Facebook, short-form videos are still the order of the day,” Matthew said, “but there are still opportunities to have people stick around.”

One form of popular video that’s still doing well on Facebook, according to Matthew, are compilation videos: videos that take short clips and bind them into one long piece. Think of videos that put together similar genres of Vine clips; with short attention spans, each clip is short enough to hold your attention, but the delivery of more clips keeps people happy and watching more.

How can we build a social media presence if we’re mostly just promoting TV shows or movies?

Studios, production companies and networks all run into similar issues when it comes to building brands online. The main function of your platforms serves as a vehicle to only promote one movie, for example, but how do you get people interested in all of your content?

“They find it hard to make a real connection with fans if all they’re posting, essentially, are commercials,” said Stephanie.

“To sidestep that problem, we try to teach people what it means to optimize their promotional material for social media,” she said. “On a granular level, you’re going to have to restructure your promos to fit with whatever algorithm is fueling that platform.”

By thinking about actual audience and consumer behavior, Stephanie sees more success on accounts that tend to be all about promotion.

What’s the most important part of the video?

While the content itself has to be good, Matthew reminds his clients of an often overlooked detail: the thumbnail. 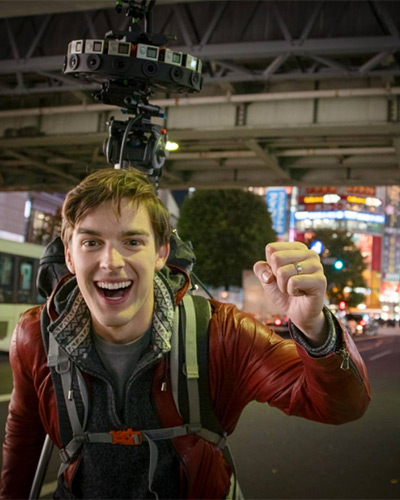 “You could be uploading the Citizen Kane of digital video, but if your thumbnail isn’t optimized, then no one will see it,” he warned.

As more people choose not to click on a thumbnail, that signals to the algorithm that no one wants to watch the video, so the site itself doesn’t promote it to others.

“A lot of designers from big companies have both been there for decades or are used to working on a larger scale, like billboards or even TV screens,” he said. “You need to remember that most of this content is being watched on devices that fit into our pockets.”

He recommends finding large, simple images that hopefully tell the whole story of the video in one go.

As consultants, Matthew and Stephanie hope to catch brands before they get asked “what went wrong.” It’s easier to teach during the process and explain why certain choices work, instead of working backwards.

The frustration many brands feel when a video doesn’t perform well can be avoided if they “strategize before they invest,” said Stephanie.

“There’s a mental switch when it comes to digital video that still hasn’t fully happened,” said Matthew. “But the difference could be tens of thousands of views versus a video that dies a day after it’s uploaded.”

“Audiences have dictated what they want to watch,” he said. “If you’re still wondering if the space is worth your time, you’re stuck having conversations from years ago.”