Truth is now stranger than fiction 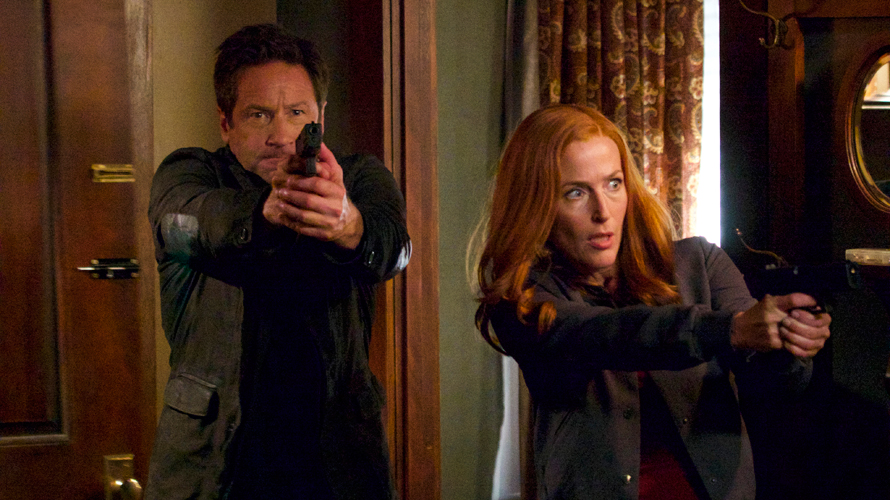 Two years ago, Fox’s revival of The X-Files was a huge success. The six-episode return of FBI Agents Fox Mulder (David Duchovny) and Dana Scully (Gillian Anderson) ended up as the No. 5 rated broadcast show in the 18-49 demo that season, behind only Sunday Night Football, Empire, The Big Bang Theory and Thursday Night Football. Fox was eager for a follow-up in 2017, but a second season of the revival took an additional year to coordinate the schedules of stars Duchovny and Anderson.

Yet the delay ended up working in the show’s favor, as Donald Trump’s presidency has made the show more relevant than ever. Several episodes in the new season, which debuts tonight, reference the real-life schism between the FBI and the White House, which culminated in Trump’s decision to fire FBI director James Comey in May. Meanwhile, Trump’s routine embrace of conspiracy theories leads Mulder to note at one point that “the world has been too crazy even for my conspiratorial powers.”

Ahead of the show’s return tonight, X-Files creator Chris Carter spoke with Adweek about how his show unexpectedly became of the moment, why the new season is stronger than the 2016 revival and how he might incorporate last month’s news that the Pentagon ran a secret program to investigate UFOs.

What else did you learn from the last season?
The Mulder-Scully relationship is important and explored in a way it wasn’t the first series. So I think that we saw what worked. You’re coming back to television; you don’t know what broadcast standards are. We would love to tell the scariest stories possible, with the scariest imagery possible, with the most boundary-pushing language possible, and I mean language in the larger context. I did a second X-Files movie and it was a PG-13 movie. When we came back, we found that network television is more permissive than the PG-13 rating, which I found very interesting. So we explored those boundaries this season.

Fox would have liked to have these episodes last year, but the delay feels like a blessing in disguise given current events and the current political climate. Was there a time during the original run where the show seemed so of the moment as it does now?
This is a much more pronounced moment than we’ve had since 1993 in terms of the politics, society and technology, and certainly we wanted to talk about that. The show has always been of its time and political, and I think that we’ve seen such an amazing reversal, of the news in particular, where it used to be that we were a show that dealt in conspiracies and were looking for the truth. Now people seem to be looking for conspiracies, and the truth be dammed.