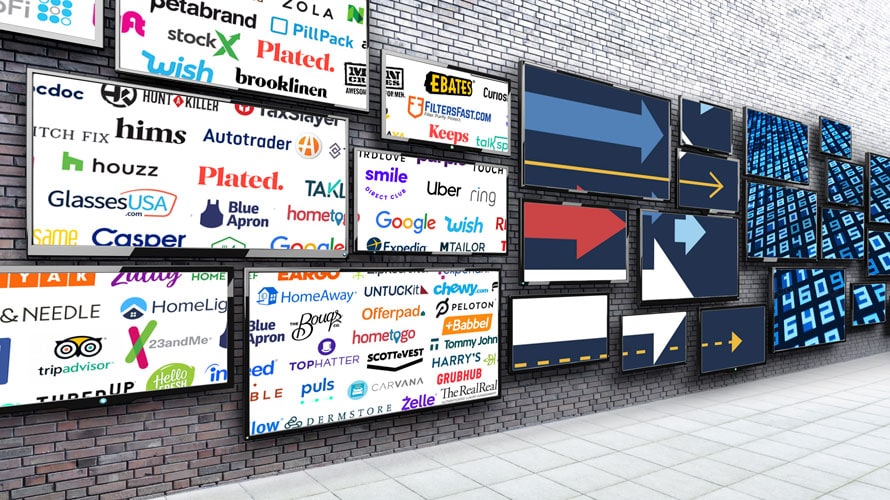 As direct-to-consumer brands mature and look to scale, they are turning to television advertising more than ever, according to a new report from the Video Advertising Bureau (VAB).

The report, which synthesizes information from 125 top DTC brands representing 52 different categories, found that DTC brands included in the study spent 60% more on television ads in 2018 than they did in 2017, totaling $3.8 billion in television ad spend last year.

Across the board, the DTC brands included in the report had accelerated their ad spend on TV in 2017 and 2018, and they had consistently increased their investment in TV since 2013.

The majority of that year-over-year growth came from about 62 major DTC brands that have been around since at least 2013 and have spent an average of eight years spending at least something on TV. Those brands, which included companies like Casper mattresses, Peloton exercise equipment and the ride-hailing app Uber, spent nearly $2.4 billion on TV advertising in 2018, a 29% increase compared to the year prior.

Dozens of emerging DTC brands were also consistently ramping up their TV spend, and  increasing their investment at a rate faster than more dominant DTC brands, the report found. Sixty-three emerging DTC brands, which included bedding company Brooklinen, ride-hailing app Lyft and clothing-box company Stitchfix, ramped up their overall television ad spend by 167% in 2018 compared to the year prior, amounting to about $1.4 billion.

The report, which pulled data from various third parties including Nielsen and Comscore, didn’t analyze every single DTC brand in the incredibly crowded and competitive market, so it doesn’t draw any conclusions about total DTC ad spend on television over the years. What the report does show, though, is that many well-known DTC brands have, as they’ve grown, graduated from only digital and social marketing campaigns into a marketing strategy that includes substantial television ad spend. Even for DTC brands that are more established in the market, TV advertising is still something they’re spending on, the report found.

The VAB represents members who stand to benefit from TV ad dollars and is keen on pointing out the benefits DTC brands got from TV ad spend. The report correlated spending on TV with increases in digital search queries and digital video views of television campaigns, and also correlated emerging DTC brands’ revenue growth with their television ad spend to suggest “near immediate” and “significant” sales lift.

Sean Cunningham, the president and CEO of the VAB, told Adweek the report shows that even data-driven marketers are using television to scale and improve sales outcomes.

“You’ve got a new class of marketers with a clean sheet of paper who are looking at all the U.S. marketing levers available to them,” Cunningham said. “They only care about performance and driving outcomes, and what they’re showing us is that there is enormous amount of powerful learning that is taking place in real time about leveraging premium TV and video for driving business outcomes.”

To that end, the VAB is doubling down on the messaging that television advertising is good for DTC brands with an ad campaign of its own. The 30-second ad, slated for release today, highlights how DTC brands can use TV to their advantage and features Jerry Hum, the CEO of the DTC men’s clothing and accessories brand Touch of Modern, espousing the value of brands testing out TV ads.