‘We are a global platform now,’ says COO 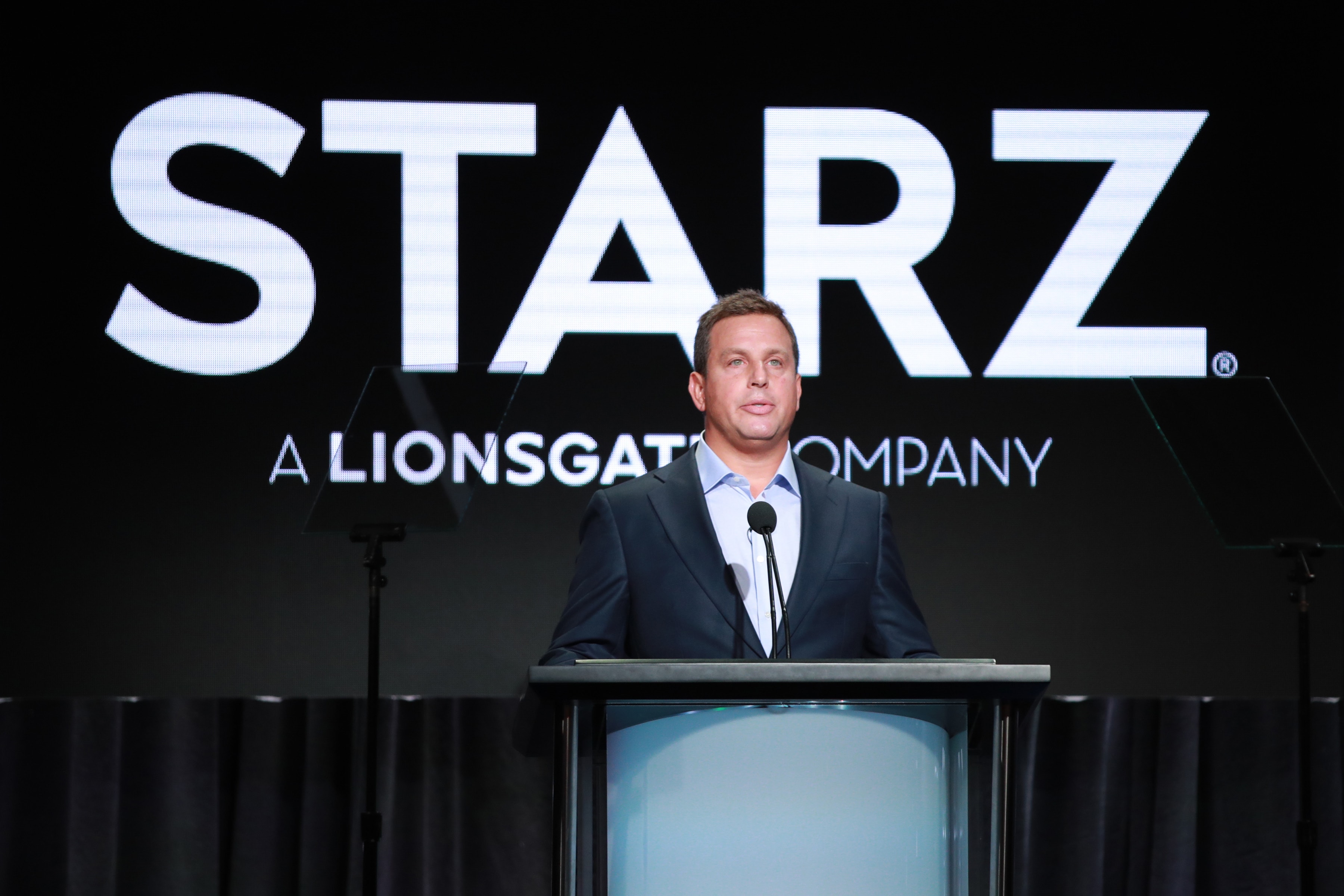 For much of its 25-year existence, Starz has been focused solely on its premium-cable rivals like HBO and Showtime. But as it looks to hold its own in a rapidly changing TV landscape—amid competition from both linear and streaming rivals—the company is no longer thinking domestically but globally.

During the past year, Starz has shifted its strategy to building an international brand, and is doing so by homing in on its core “premium female audience,” COO Jeffrey Hirsch said Friday at the Television Critics Association’s summer press tour in L.A.

As a result, the network is now only making shows with worldwide appeal to that demo, and is moving away from male-heavy projects like the recent critically acclaimed Counterpart, which the network canceled after two seasons.

In just the last year, said Hirsch, Starz has gone from being a domestic-only platform to one that is available in more than 50 countries in Europe, Latin America, the Middle East and Africa, via the Starz Play OTT app. “Within the next two to three years, we think we’ll double that number,” he said.

That rapid global expansion will give Starz a multiyear head start on streaming competitors that primarily target on the U.S., like Hulu and WarnerMedia’s upcoming HBO Max.

Currently, the international SVOD market has around 5% penetration, “which means there’s significant opportunity to grow audience around the world,” said Hirsch. “While others are still working to launch their services here at home, we are establishing a subscriber base and globally recognized brand.”

As a result of this international focus, the network is changing its programming approach. The upcoming third season of The Girlfriend Experience, which was originally intended to take place in Seattle, will now be set in London.

“We are a global platform now, and so everything that we look at has to serve the business on a global basis,” said Hirsch.

At the same time, the company—which had always targeted “rarely served audiences,” with shows like Power—recently “dug a little deeper” to determine what was most responsible for its success. The answer: women.

“Starz delivers the highest audience composition of women 18+ in premium cable,” said Hirsch. Behind the scenes, as well: Hirsch said women make up 65% of leadership roles on Starz series (showrunners, directors and writers), more than double the industry average of 27%.

And all of its series are now aimed at the network’s “premium female audience,” including Outlander, which will return for Season 6 in early 2020.

“If it doesn’t serve our core strategy, we’re just going to not do it.”
Starz COO Jeffrey Hirsch

That new demo focus explains Starz’s surprise decision to cancel critical darling Counterpart, which Hirsch said was “a great show” but “a very male show.” The network has also pulled the plug on Now Apocalypse after one season, for the same reason. Said Hirsch, “If it doesn’t serve our core strategy, we’re just going to not do it.”

That’s why he thinks the service can hold its own against bigger-budgeted competitors like Netflix.

“I think Netflix has done a phenomenal job of convincing … everyone on Wall Street that unless you spend $13 billion, you can’t compete and you should take your ball and go home,” said Hirsch. But “we have a very unique programming strategy that no one else is focused on right now.”

Starz’s most popular series, Power, is heading into its final season next month, but the network is stretching out its farewell by splitting Season 6 into two parts. The 10-episode first part will debut Aug. 25, and the final five episodes will begin airing in early January.

And when that series finally signs off, Starz will keep the franchise going strong. On Friday, it said that Mary J. Blige will star in a Power spinoff, called Power Book II: Ghost, which will be the first of many series set in the Power universe.

Starz’s big swings come as CBS Corp. is reportedly considering buying the company from Lionsgate. However, Hirsch told Adweek he’s staying focused on securing Starz’s future, no matter how things shake out. “I’ve still got a business to run,” he said.