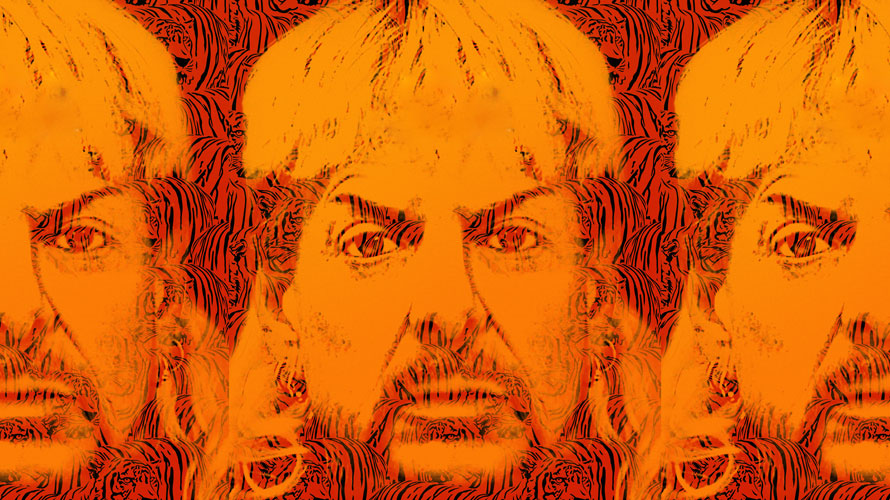 Given our lack of affirming real-world experiences, we need share-worthy moments even if they are trapped inside a screen. Netflix A couple of weeks ago, as we were all acclimating to the strange new realities of daily life, something bizarre happened. A Netflix show that may have otherwise been a blip on the cultural radar entered our collective consciousness and became a phenomenon. I’m talking, of course, about Tiger King, the much-discussed docuseries that has captured the zeitgeist and put “Carole did it” on par with “Who killed Laura Palmer?”
It’s rare for a show to become so well known so quickly. Joe Exotic memes seemed to proliferate online at a rate of five times the speed of anything related to Game of Thrones. There was no build up; word-of-mouth was instant, and the series became mandatory viewing for anyone who wanted to talk about something other than the pandemic with their friends and loved ones. Who knew it would take a convicted felon with a penchant for sequins and guns to bring us together?
Television and film have always been part of a universal language, and their importance and relevance have only accelerated as our 24/7 connectivity has increased. Stills and GIFs are a shorthand for shared experiences and are endlessly malleable, making it possible for anyone to add their own unique point of view to the mix. Now more than ever, given our lack of affirming real-world experiences, we need these share-worthy moments even if they are trapped inside a screen. They give us something else to talk about, something else to feel, something else to relate to and remember.
So where do brands fit into this new world of must-binge TV? If the first wave of pandemic advertising centers around earnest messages of support and solidarity, I’m hoping the second wave leans more heavily into a collective sense of fun. As the nation began self-isolating, people found solace in the exploits of the big cat obsessives featured in Tiger King. Regardless of what anyone thought of the colorful cast of characters or their moral compasses, it was enjoyable watching them. We were all talking about the show at the “office” (or at least in our Slack facsimile), so it wasn’t a stretch to imagine that our clients’ audiences felt the same level of obsession and excitement. It was wonderful to see brands as wide ranging as Lisa Frank and Burger King engaging their fans with jokes and custom art inspired by the show. It was even more refreshing that they weren’t trying to sell anything, instead choosing to just be present with their followers and even get a little silly.

The internet gets what the internet wants! ???? If you can’t laugh at yourself, what’s the point! ???????????? #LisaFrank #Forrest #JoeExotic ???? This is fan art created by @arielhart.gif using our Forrest®, Hunter®, Hollywood Bear®, Dashly™️, and Layla™️ artwork © Lisa Frank® Inc.

This is positive and necessary escapism, a simple chance to relate to each other and nod our heads in shared recognition and appreciation. We see this with ‘90s TV shows—a staple on any streaming platform—that have found a second life on social media, popping up in the millennial-friendly accounts of brands like Fenty Beauty and Hims. The Office, too, has grown exponentially in popularity thanks to Netflix, and self-isolation is likely to only increase the rate at which it’s viewed. Beloved members of the ensemble cast can now be seen in a variety of feel-good spots from Honey Nut Cheerios to Bush’s Beans, which was directly inspired by a plot point from the show.

Those spots were made before the pandemic arrived in the U.S., but they speak to a latent desire for wholesome, nostalgic creative that may never be strictly on brand but is relatable and lovable. The presence of a Carrie Bradshaw or a Jim Halpert, even in meme form, signals a simpler time, and weirdly, so does Joe Exotic. There’s a comfort in his madness because his existence, although real, still feels far-fetched during a global crisis.
As the custodians of brands, as well as dedicated consumers of culture, we need to pay close attention to the small moments of comfort we’re finding these days. If it’s relevant and meaningful to us, there’s a strong possibility we aren’t alone. We all flocked to advertising initially because we wanted to make things and to share something of ourselves with the world. Both things speak to a desire for connection, and we need that more than ever before.
While talking about The Sopranos (because, yes, everyone is watching that again) may not directly contribute to the bottom line, it will signal to consumers that the individuals behind the brand are self-aware enough to join the dialogue without expectation. Sales are not the most important thing right now. Getting through this together is, and sometimes, the best most human thing you can do is make Joe Exotic memes.

Laura Wasson is a creative director at Madwell and has been with the agency since 2013.