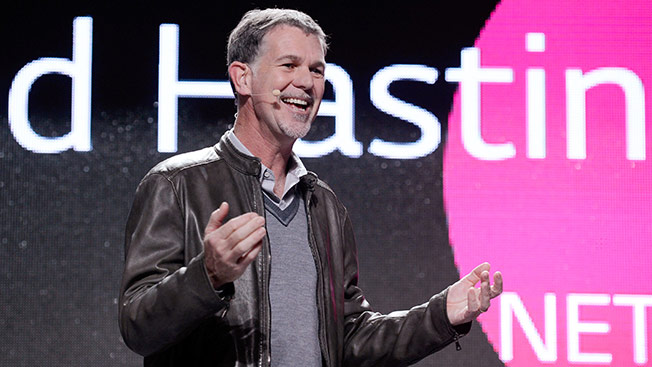 Reed Hastings continues to push the HBO comparison—and to talk up any moment when Netflix passes a key HBO metric—but he has a great one to push here: Netflix's $1.146 billion in subscriber revenue has surpassed HBO's $1.141 billion.

Bear in mind that this in no way means that HBO is less profitable than Netflix—quite the opposite. Netflix's off-the-books commitments extend into the billions, while HBO pays far less for its own library content. But Netflix's narrative has been pretty straightforward over the years, hewing to the one-liner the company's head of content, Ted Sarandos, delivered in last year's big GQ profile of the company: "The goal is to become HBO faster than HBO can become us." 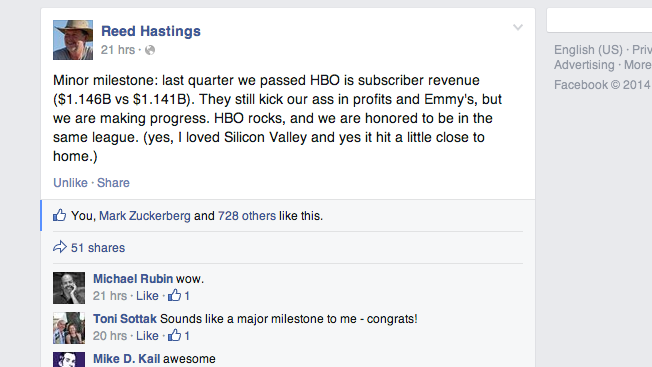