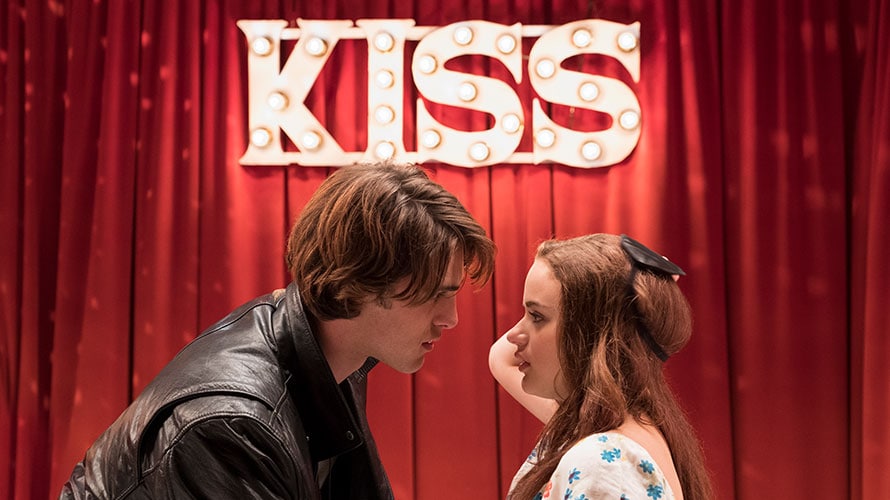 The Kissing Booth was the most rewatched Netflix original movie on the platform.
Netflix
Share
By Sara Jerde
|
December 11, 2018
Share

It was the spin from the back pocket that shook a generation of binge-watchers. Of course, we’re talking about Noah Centineo’s (reportedly ad-lib) flirtatious maneuver in Netflix’s To All the Boys I’ve Loved Before.

It turns out the hit, starring Centineo and Lana Condor, was the second most rewatched Netflix program, while The Kissing Booth topped the list, according to new data released by the streaming service. Each of the rom-coms were rewatched by nearly 50 percent of viewers, according to Netflix, which measured original films released between Jan. 1 to Nov. 28. Third on the list was biopic Roxanne Roxanne.

As far as the series with the highest average watch time (also based on original series released between Jan. 1 to Nov. 28), the winner was rather surprising: coming-of-age series On My Block, followed by part two of Making a Murderer and part two of 13 Reasons Why. Also featured on the list was Last Chance U: INDY, Bodyguard, Fastest Car, The Haunting of Hill House, the second season of Anne with an E, Insatiable, and the sixth season of Orange Is the New Black.

Netflix was quick to note in its press release that these fun little facts had “no relation to overall viewing.” That’s because Netflix is notorious about not releasing its viewing data, though that hasn’t stopped Nielsen from trying to gauge how many people tune into its programming, such as House of Cards.

What Netflix hasn’t been so keen to hide is the social following that some stars from its original programming have been able to garner. The streaming service touted social media rankings during its third-quarter earnings report and again in the release Tuesday.

The Fab Five hosts of Queer Eye won out among stars who appeared in original Netflix content this year with the largest percentage of growth in Instagram followers. Then To All the Boys I’ve Loved Before’s Condor (co-star Centineo was also on the list), followed by Joel Courtney, of The Kissing Booth fame.