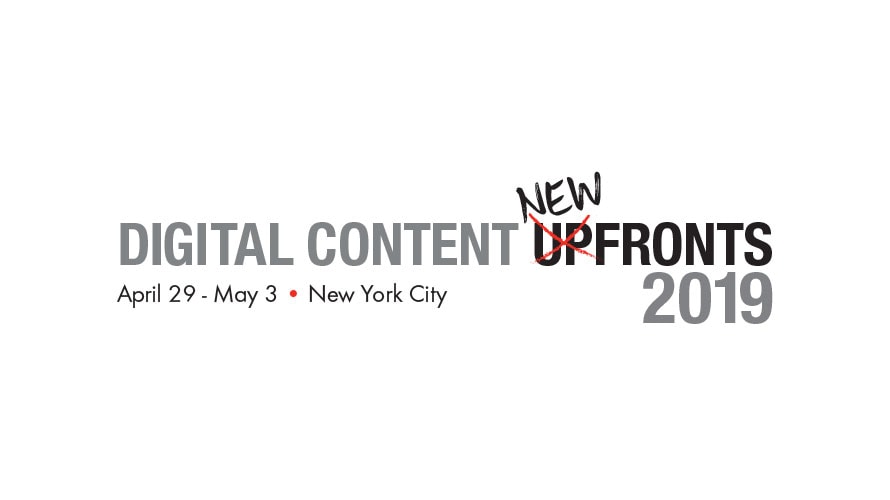 It’s time once again for the Digital Content NewFronts.

The Interactive Advertising Bureau, which operates the event but not each presentation, released the initial lineup today, with returning presenters including Meredith, Condé Nast and BBC News.

“NewFronts are now a fixture in the upfront season, and the roster is a reflection of this,” said Anna Bager, executive vice president, industry initiatives, IAB, in a statement. “Large, innovative and content-savvy companies are in the lineup.”

Digitas, Twitter, Disney Advertising Sales, Hulu, The New York Times, Studio71, YouTube, Verizon Media (previously Oath), Viacom and Vice are also returning for the event, which takes place April 29 to May 3 in New York. IAB will present additional findings during its own segment at the end of the week.

In 2018, ESPN, Disney, Group Nine Media and Refinery29 presented at the NewFronts as well.

Group Nine Media said it would travel to multiple cities to give its own presentations, which it’s calling “Nine-Fronts.”

“We’re always connecting with our audiences in the moment and on their terms—meeting them in their feeds and on the platforms where they spend their time,” said Group Nine Media president Christa Carone, in a statement. “So, why wouldn’t we take this same approach with our partners? The moment feels right to take our story from the singular stage of NewFronts onto the road.”

“I’m always excited to experience the ingenuity involved in creating new shows and concepts that will be shared with NewFronts audiences,” Bager said. “I’m also excited to hear about partnerships between publishers and creators we hadn’t expected to possibly learn of new data around OTT consumption habits, and to witness conversations with up-and-coming talent first hand.”