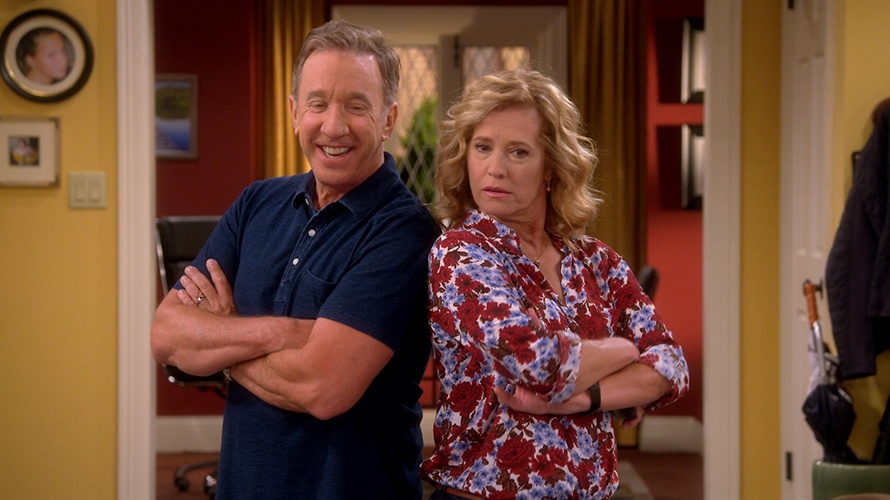 One day after Murphy Brown returned to TV for the first time in two decades, fall’s other high-profile revival is about to premiere: Last Man Standing, which Fox picked up in May, one year after the Tim Allen sitcom was canceled by ABC.

When Allen spoke to buyers at Fox’s upfront presentation in May, he set the bar very high when it comes to the show’s ratings this fall, telling them, “We can bring literally 8 million of the most passionate and appreciative fans to a big new network, and a big, new Friday night.”

Buyers told Adweek they don’t expect the show to replicate its ABC numbers on Fox, at least beyond the premiere episode, given the overall erosion of broadcast ratings since it went off the air two years ago. Last Man Standing “has its followers, but I don’t know if they’re going to move over to Fox,” said Betty Pat McCoy, svp, managing director and director of investment at GSD&M.

Buyers said Last Man Standing might initially benefit from the NFL promotion, but it will have to stand on its own.

“The show offers a very consistent, stable audience that attracts people from across the country,” said Maureen Bosetti, chief investment officer at Initiative. “But it remains to be seen how much crossover they’re really going to get from football.”

As Carrie Drinkwater, executive director, integrated investments at MullenLowe’s Mediahub, said of the Thursday Night Football audience, “They may sample, but will they stay?”

As Fox planned its Last Man Standing campaign, “the biggest challenge with this show is to make it feel different than a syndicated sell, because there are so many episodes that are airing in syndication in so many places—so how do we make it feel original?” said Ryan.

So the network shot promos with Allen and co-star Nancy Travis, playing up the idea of the series moving to Fox. Custom spots aired on Fox Sports telecasts of MLB and NFL games, college football and NASCAR, as well as Fox’s summer reality finales.

Fox is also running promos for the show during syndicated episodes of Last Man Standing, as well as in Allen’s previous sitcom, Home Improvement.

“Friday night viewers are a different viewer, too. It’s a little bit older and skews a little bit more female, so we’re really drilling down,” said Ryan. “The media mix is a lot more traditional, because of that audience.”

Fox threw a Last Fan Standing Sweepstakes, inviting 50 finalists (chosen from 13,000 entries) to a 54-hour screening marathon of the entire series in L.A. last week. The Last Fan Standing won a spot as an extra on the show.

The network partnered with Dick’s Sporting Goods, placing life-size Tim Allen cut-out standees in 725 of its stores, and invited shoppers to take a selfie with it.

And it worked with Fox Sports on the Last Man Cave Makeover, giving fans an opportunity to win a complete makeover of their “man cave.” That activation includes man cave experiences at three NFL stadiums—StubHub Center, Levi Stadium and Los Angeles Coliseum—where fans can visit and enter the contest.

Reason for a revival

Fox’s decision to revive the show in May was seen at the time as a response to the surprise success of Roseanne last spring. But the network—which also produces the sitcom in-house—said it almost rescued the show in 2017, after ABC declined to renew it for a seventh season.

“We did talk about bringing back Last Man Standing right after ABC canceled it, and it wasn’t the right time,” said Michael Thorn, president of entertainment at Fox. “We didn’t have the right slot to do it, but we loved the show and we think Tim Allen is a great star for our network.”

But then coupled with Fox’s decision to expand its comedy brand into multi-cams, and Fox’s Thursday Night Football pickup, “it just really made sense” this year, said Thorn. “And fortunately for us, Tim wanted to do it.”