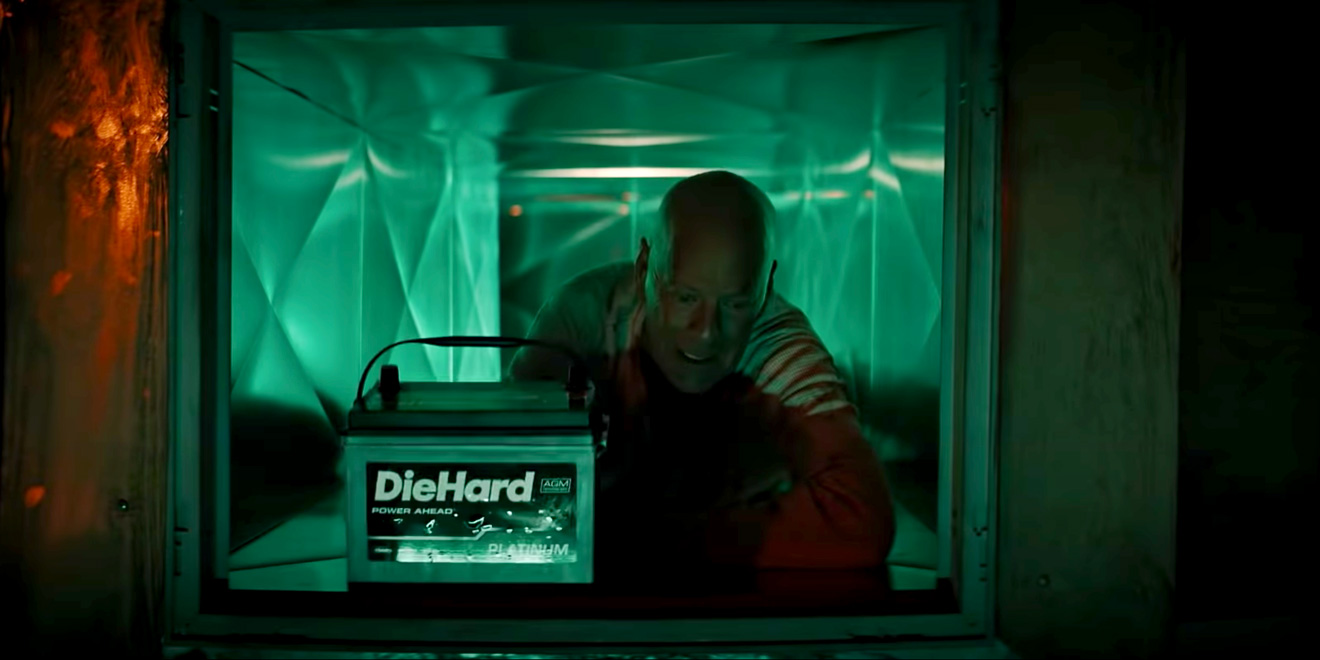 And while there were several options on the table for how to do that, the nominal connection to the beloved Die Hard movie franchise seemed too perfect to pass up, according to creatives at The Marketing Arm. Working alongside production company Natural Selection, TMA pulled together four different actors from the original 1988 Die Hard movie—including Bruce Willis, of course—to create a two-minute, standalone short film that fits into the canon seamlessly. And they did the entire thing during a pandemic.

Going into this campaign, Advance Auto Parts chief marketing officer Jason McDonell had three goals. First, to create something exciting with broad customer appeal; second, to match the boldness of the brand itself; and third, to end up with something that made him “uncomfortable.”

By asking for something outside of his comfort zone, McDonell explained that he wanted to “push the envelope” of standard marketing for the category. He encouraged his team and their partners at TMA to make something that was bigger and more creative than you’d expect for a battery brand.

“When they presented us with concepts, this one just excited me to no end,” McDonell said. While he admitted that his excitement was in part due to his love for the Die Hard movie franchise, he was most intrigued by the way it connected John McClane’s character to the main attributes of the DieHard brand: reliability, durability and power.

“We’re all sort of Die Hard geeks, as you may or may not have guessed,” said TMA svp of creative Harris Wilkinson. Just because of the name of the brand, creatives inside TMA had long talked about leveraging the battery’s connection to the Die Hard films for an ad campaign.

For a campaign launching this fall, the theme finally made sense. Advance Auto Parts was looking for a way to reintroduce the brand to consumers with a big, splashy statement following its acquisition, and October is the time of year the company refers to as its Super Bowl. As the weather starts to cool down heading into winter, that’s when folks are battening down the hatches and making sure their cars have what it takes to get through the chillier months. Those first few frosts are also when old car batteries tend to kick the bucket.

“The alignment of an action movie and a really iconic, everyman hero with their brand, for their target audience, really makes sense,” said Wilkinson.

Once the Die Hard concept was given a green light, TMA wanted to ensure that it stayed true to the franchise, invoking the spirit and feel of the movies without parodying the genre or characters.

“It was so organic for the client,” Wilkinson said. “They could have authentic branding, but in a really funny way. We didn’t have to shoehorn anything in. … It really was part of the story, which I think is part of the magic.”

Once TMA had locked in the talent for the project—which included Willis as John McClane, Clarence Gilyard as Hans Gruber’s hacker associate Theo, De’voreaux White as limo driver Argyle and Joey Plewa as henchman Alexander—they still had to figure out how to safely shoot the film amid the growing threat of Covid-19.