Outrage at the prospect of Alex Jones getting a larger platform 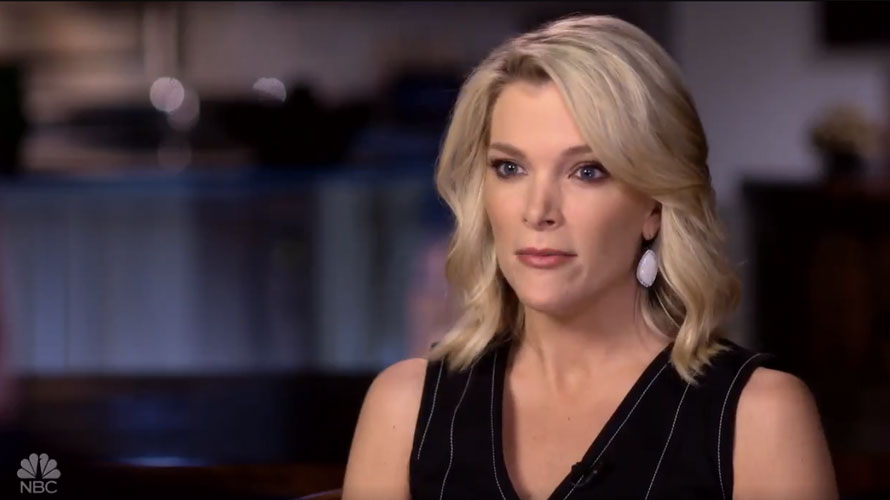 If you haven’t heard of Alex Jones, what you need to know is that he is a conspiracy theorist, one who believes Sept. 11 is an “inside job,” one who has for years insisted that the massacre of 20 children and 6 adults at Sandy Hook Elementary School was a staged event using actors.

There are also subsidiary facts, such as the fact that Jones is a supporter of President Trump, and vice versa.

This last bit is reason, according to Megyn Kelly, to interview the nonsense peddler on her new show.

And so the man who uses his platform, Infowars, to create an environment of hysteria and false information that inspires listeners to actions like bringing a gun into a pizza place filled with families or harrassing the families of Sandy Hook victims with phone calls, death threats and in-person confrontations–that man gets a larger platform because the president is a fan of his.

Kelly tweeted out a preview clip of the interview, which airs next Sunday, featuring Jones continuing to hawk his delusions.

Next Sunday, I sit down with conservative radio host @RealAlexJones to discuss controversies and conspiracies #SundayNight June 18 on NBC pic.twitter.com/7bVz6Fobf5

In response to criticism that the interview will serve to legitimize Jones, Kelly had this to say:

POTUS's been on & praises @RealAlexJones' show. He's giving Infowars a WH press credential. Many don't know him; our job is 2 shine a light. https://t.co/5e88BJyqnz

Twitter had a response to that, and more, with some extending their criticism not just to Kelly but to NBC as well.

Imagine you've lost a loved one in a shooting or bombing. Now imagine a man makes money by lying that it never happened. #shameonNBC https://t.co/yBo6NljTkP

Kelly's goal here is to legitimize Alex Jones. The question is: why? https://t.co/kj8FBO8UrX

Gotta come up with a better hook than "Trump credentialed him" for Jones. Any outlet can get a WH credential, it's not s gift.

So NBC hired Megyn Kelly to put the national spotlight on Vladimir Putin and Alex Jones? Good to know. https://t.co/4WRiOUXH1T

Will you be interviewing the parents of the kids murdered at Sandy Hook or just Alex Jones who called their deaths a hoax?

First Putin, now Alex Jones. What reprehensible figure will Kelly give a platform to next? https://t.co/Sr75BgkmcN

Argument of 'should we give __ troll a platform' is exhausting/unproductive. Always worth it to interrogate ppl like AJ. But u must bring it https://t.co/5Kg2sGHwFE

What was Megyn thinking?

air time for agitprop? Unless you expose his lies you are doing the country a misservice.

I'm sure you will be just as (not) hard-hitting as you were with Putin. Ever think about using yr superpowers for good?

There are so many smart, kind, decent people with great ideas on how to fix this place.