From bigger ratings and reach to a more focused, curated brand 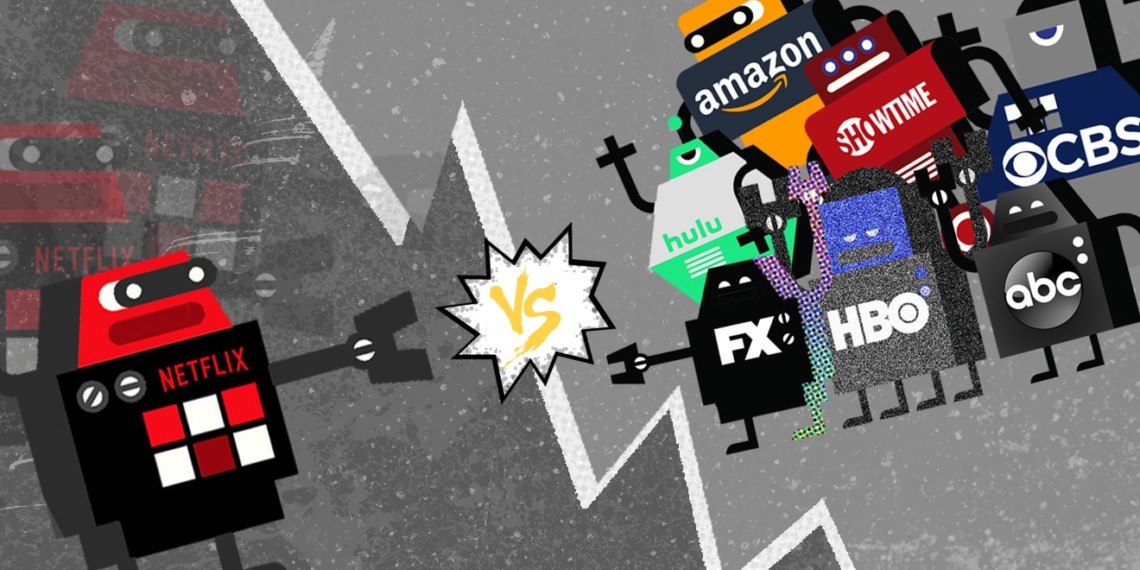 After 17 days, the Television Critics Association’s summer press tour has come to a close. During the past two-and-a-half weeks, several dozen broadcast, cable and streaming outlets shared their programming plans for this fall.

The semi-annual TCA press tour always offers an illuminating glimpse at the current state of the TV industry. And while the networks addressed many of our biggest questions going into press tour, their presentations had a more concentrated focus than usual: several of the biggest outlets took shots at Netflix and made the case for why they are a better option than the streaming behemoth.

Technically, only a few of them directly called out Netflix, with several others more generally referencing “others” or “competitors,” but to writers and critics in the Beverly Hilton ballroom, there was no doubt about which outlet they were targeting. That was due not only to Netflix’s position as the TV industry’s biggest disruptor of the past few years, but also because they are ready to pounce now that Netflix’s U.S. subscribers fell slightly last quarter for the first time ever.

And many other execs echoed those comments. But because it skipped press tour this time around, Netflix was unable to return fire.

Here are the top 7 ways that networks positioned themselves at summer press tour as being better than Netflix:

Networks said that Netflix’s massive volume of original content and its attempt to be all things to all people prevents the company from giving shows the attention and care they need.

“We’re not in the volume business; we’re in the curated business of bringing individual shows to our global, diverse audience that they will love and they will come to count on,” said Amazon Studios head Jennifer Salke.

Sarah Barnett, president of entertainment networks for AMC Networks, added, “We don’t make shows on an industrial scale. We’re not in the ‘all things for all people’ business.” Instead, her networks are “four tight brands that have a sure sense of who they are, who they’re for and what content works.”

Those networks that have increased their content output this year—including Showtime, HBO and FX—insist that unlike Netflix, they haven’t sacrificed quality for quantity.

“There’s not one show we have aired that I wouldn’t have aired two years ago,” said HBO programming president Casey Bloys. Even as Showtime bulks up, “we still will be a small, boutique operation, and we’re never going to change that,” said president of entertainment Gary Levine.

FX Networks chairman John Landgraf said that as its output expands, every single FX original “has been put through the FX curatorial filter because we believe that the filter of a brand will become even more valuable to consumers as they struggle to navigate the deluge of program offerings in the peak TV era.”

As Starz COO Jeffrey Hirsch put it: “I think Netflix has done a phenomenal job of convincing … everyone on Wall Street that unless you spend $13 billion [on content], you can’t compete and you should take your ball and go home.” But “we have a very unique programming strategy that no one else is focused on right now,” as the premium cable network shared its new focus on a global “premium female audience.”

With Netflix’s immense output, the streaming service can’t give every show the marketing push it needs to thrive, causing several Netflix shows to be canceled before many subscribers even knew they existed.