Headed Into the Upfront, NBC Should Brace for the Brian Williams Question

Buyers and advertisers measure the impact 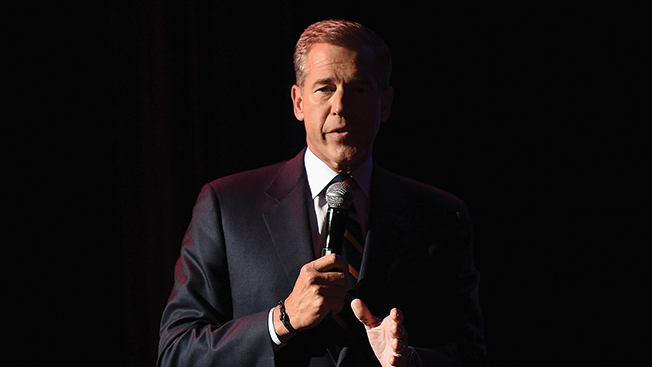 In 2012, Brian Williams took the stage at the NBC News upfront presentation to address "the elephant in the room"—not the dismal ratings of the since-canceled Rock Center With Brian Williams, but the fact that Hoda Kotb and Kathie Lee "are just baked, permanently hammered." The line, classic Williams, got a good laugh from the assembled buyers, editors and network honchos.

Following the anchor's February suspension for falsely claiming he came under fire aboard a helicopter in Iraq, the network is scrambling to right the ship before facing the upfront crowd this spring. And no one, particularly buyers and advertisers, is laughing.

"When things like this happen, planners, buyers, we're looking to see how the network reacts overall," said Kirsten Atkinson, vp, media and branded integration at Walton Isaacson. "We want to know that they take it seriously."

For NBC News, the question going into the upfront isn't just about ratings and demo, but whether the network will pay a price for its Brian Williams problem (compounded last week by the ouster of chief medical editor Dr. Nancy Snyderman, who had defied her Ebola quarantine). "Buyers will use whatever aperture they have to leverage an opening and secure more favorable pricing," said Tom Talbert, group director of media services at Lowe Campbell Ewald.

The network got panned for its initial handling of the scandal. But since then, NBC Nightly News maintains its lead position with Lester Holt behind the desk, though last week it dipped slightly in adults 25-54. The return of Andrew Lack as chairman of NBC News and MSNBC restored some confidence, meanwhile. "The upfront marketplace typically doesn't reward uncertainty, and there is a bit of uncertainty here," said Talbert. "But the announcement of Andy Lack is a good move … and the fact that we haven't seen wholesale changes in NBC Nightly News ratings validates the decision to bring in Holt."

NBC declined to comment on the record, though one insider confirmed that advertisers have approached the network with questions about Williams. But "ratings are holding, so there are no complaints," the source said.

Amy Ginsberg, managing director of investment at Initiative, echoed that sentiment, commenting that her agency is "monitoring the Brian Williams suspension, but overall we're not seeing major movement away from NBC News."

Still, Williams will most certainly be a factor in negotiations—and not just with NBC.

"CBS, for example, can definitely utilize their talent and say how trusted they are juxtaposed to what is happening with NBC," said Atkinson, who was media director at Team One for eight years before joining WI this month. "We're buying not only the ratings—we're buying the programming, we're buying the personalities, we're buying solid networks, and all of that plays hand in hand."

Today being stalled at No. 2 among morning shows plus MSNBC's continued ratings slump could end up weighing down the network as much as Williams.

Buyers suggest that NBC may want to take a page from the CBS playbook, which, in 2006, headed off an upfront dredging in the wake of Dan Rather's crash and burn by signing Katie Couric. (It actually increased ad commitments versus the year prior, CBS boss Les Moonves said at the time.)

Said Atkinson: "If NBC came with some new technology or something interesting to talk about in upfront that deters from this issue, that could really help them."