Sunday Night Football and The Masked Singer are most watched shows Fox's The Masked Singer was the season's most-watched entertainment show in the adults 18-49 demo.
Fox
Share
By Jason Lynch
|
May 21, 2020
Share

NBC’s three-season reign as the most watched broadcast network among the adults 18-49 demographic most coveted by advertisers is officially over.

Fox has nabbed the demo crown for the 2019-20 season, reclaiming the top spot for the first time in eight years, on the strength of a lineup that includes Thursday Night Football and The Masked Singer, which was the season’s No. 1 entertainment show in the 18-49 demo. It is also the only network to see season-over-season gains in both total viewers and 18-49, while most rivals again weathered double-digit drops.

Yet the more things change, the more they stay the same: CBS was No. 1 in total viewers for the 12th consecutive season, and Sunday Night Football continued its decade-long streak as the most-watched primetime show in both total viewers (for the ninth year in a row) and the 18-49 demo (its 10th consecutive win).

However, the season ratings prove that linear TV continues to hemorrhage viewers, who are fleeing for streamers and other digital options, and increasingly not watching live TV aside from the NFL: Football games and various pre- and postgame programming accounted for all but three of the season’s Top 10 shows in the 18-49 demo.

All numbers reflect Nielsen’s “most current” ratings, which is live-plus-7 for the entire season except for the last two weeks, which are live-plus-same-day.

While Fox held the demo lead for the whole season—with a big midseason boost from the Super Bowl—NBC was leading in total viewers after the fall, threatening CBS’ 11-season streak. But CBS retook the lead after winning the last 13 weeks of the season in a row.

“This is the 12th year in a row we’ve been No. 1 in primetime,” CBS Entertainment president Kelly Kahl told Adweek earlier this week, as the network unveiled a fall schedule that is completely dependent on its shows being able to resume production in the coming months. “When you have that kind of inherent strength, that’s certainly what you’re going to play to in the fall, and that’s exactly what we’re doing.”

Next season’s numbers will obviously be affected by the pandemic and the continued production shutdowns—and most networks will see huge ratings hits if sports are unable to resume. But if sports and scripted shows are back on the air for most of the 2020-21 season, CBS will be the early favorite to continue its total viewer win, given that it is airing Super Bowl LV on Feb. 7, 2021, with Fox likely to retain its top 18-49 with sports and The Masked Singer.

NBC’s Sunday Night Football repeated as the No. 1 broadcast series in both the demo (6.0 rating) and total viewers (20 million). Fox’s Thursday Night Football was No. 3 in the demo with a 4.5 rating. The Masked Singer, at No. 7, was the top entertainment program in the demo (3.2). The most-watched drama was NBC’s This Is Us (tied for No. 8 overall, with a 2.9), while the top-rated comedies were much further down the rankings, tied for No. 25 overall (CBS’ Young Sheldon and ABC’s final season of Modern Family, both with a 1.6). 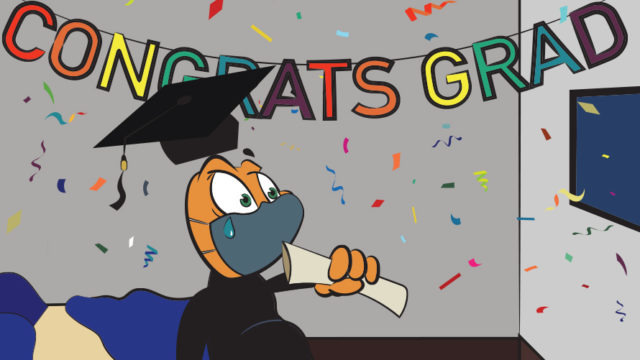